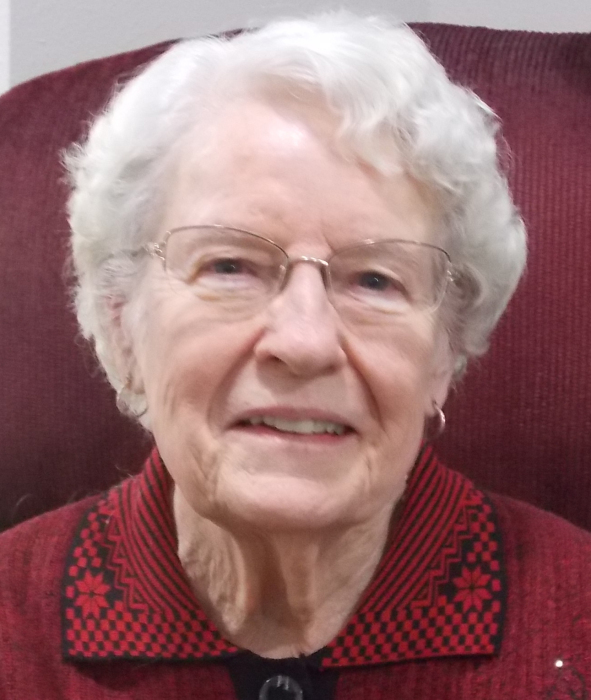 Rosary will be 7 p.m. Tuesday, July 19, at Butler Volland Chapel. Mass of Christian Burial will be 10 a.m. Wednesday, July 20, at St. Cecilia Catholic Church in Hastings with Father Craig Clinch and Father Thomas Brouillette officiating. Burial will be at Parkview Cemetery in Hastings. Visitation will be 2-8 p.m. Tuesday, at the funeral home, and one hour before the service at the church. Memorials may be given to Hastings Catholic Schools Foundation, St. Cecilia’s Catholic Church, or Shangri-La Therapeutic Academy of Riding (STAR). The service will be live-streamed on Livingston Butler Volland Funeral Home’s website. To view the service, go to Jeanne’s obituary and click the play button shown towards the bottom of the page .

Jeanne was born November 14, 1929, in Lawrence, NE to Albert & Lenora (Biglin) Pohlmeier. She graduated from Lawrence High School. Jeanne married Edward J. Petr on October 4, 1949, in Lawrence, NE. He passed away in 2000.

Jeanne worked at First National Bank (Norwest) for 4 years and was a secretary for her husband’s Knights of Columbus business. She was a homemaker and so much more. Jeanne was a member of St. Cecilia Catholic Church and Altar Society, Saints Quilting Group, Outreach, and Catholic Daughters.

To order memorial trees or send flowers to the family in memory of Jeanne Petr, please visit our flower store.