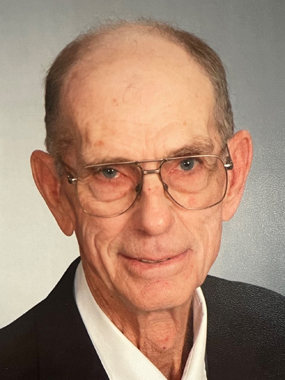 Jerry was born June 17, 1942 to Klass and Edna (Ocker) Hinrichs in RFD Glenvil, Nebraska. Jerry graduated Glenvil High School in 1960.  On April 17, 1964, Jerry was united in marriage to Janie Yvonne Gellinger.  They remained in the Glenvil area most of their lives and raised their family there. Jerry worked heavy equipment and land leveling with his brother and father for many years and for the Clay County Roads Department where he retired in 2010.

Jerry enjoyed pitching for his softball team as a young man and loved fishing, hunting, and camping his entire life. Jerry added golfing and helping out whenever he could with Ross Cattle as he aged.  Jerry was a medalist for many years in the Cornhusker State Games for his fishing skills.  He enjoyed serving others and volunteered on the Glenvil Fire Department and Glenvil Rescue Squad where he was EMT Captain for many years.  He also loved being an instructor and teaching EMT classes. Unfortunately, his Alzheimer’s diagnosis forced him to retire from those activities.  Jerry enjoyed watching baseball, football, and hockey.  Jerry was active in his church holding many offices over the years and sponsored the Luther League.

Jerry was preceded in death by his parents; grandparents; many aunts and uncles and his special fur baby Laney.

Visitation will be held Monday, June 13, 2022, at Butler Volland funeral home from 5-7 p.m. with the family present.

Services will be held Tuesday, June 14, 2022, at Peace Lutheran Church in Hastings at 10 a.m., with Rev. Micah Gaunt officiating. Burial will be at the Glenvil Cemetery at the conclusion of the church service.

Memorials may be made to the Alzheimer’s Association; Glenvil Fire & Rescue; Peace Lutheran Church; or Asera Care Hospice.

To order memorial trees or send flowers to the family in memory of Jerry (Gerald) Hinrichs, please visit our flower store.