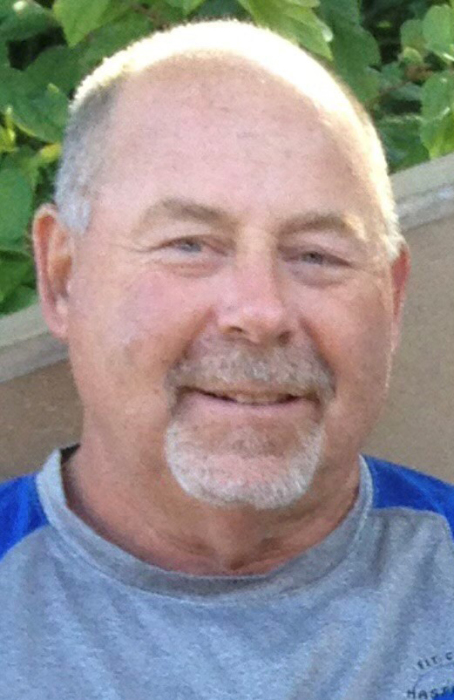 Long time Hastings resident John P. “Pat” Langdon, 67, passed away Saturday, June 4, 2022, at his home with his family by his side.  He is now scoring under par on Heaven’s golf course.

Rosary will be 7 p.m., Thursday, June 9 at Butler Volland Chapel and Mass of Christian Burial will be 10:00 a.m. Friday, June 10, at St. Cecilia’s Catholic Church in Hastings with Father Douglas Daro officiating. Burial will be at Parkview Cemetery in Hastings. Visitation with family present will be 5-7 p.m. Thursday, June 9, at the funeral home. Memorials may be given to the Morrison Cancer Center or to the family for future designations. The service will be live-streamed on Livingston Butler Volland Funeral Home’s website. To view the service go to John’s obituary and click the play button shown towards the bottom of the page.

John was born on April 8, 1955, to John C. and Rose Mary C. (Bourg) Langdon in Hastings, NE. John graduated from Hastings High School with the class of 1973. On August 14, 1976, he married Hope Schlueter in Byron, NE. They were blessed with two children: Melinda and Lisa.

During his lifetime he worked for Built Rite and Carmichael’s Construction. Most recently he retired from the Hastings Street Department after working there for over 28 years. You might have also seen him working at the South Gas N’ Shop where he enjoyed talking to all of the customers as they stopped by.

John loved many sports. In his younger years, he played baseball and continued to enjoy playing and umpiring softball for many years. He was also an avid golfer and was admired for being a part of the “Dream Team” at Southern Hills Golf Course. He bowled and traveled many times out-of-state for National Bowling. He cherished the time when he went turkey hunting with his grandson, Ryker, and hunting with his family at “Deer Camp”. After his retirement, he was known for his woodworking skills where he built many wood products for family and friends.

John was preceded in death by his parents; father-in-law, Marvin Schlueter; and brother-in-law, Jim Rempe.

To order memorial trees or send flowers to the family in memory of John "Pat" Langdon, please visit our flower store.