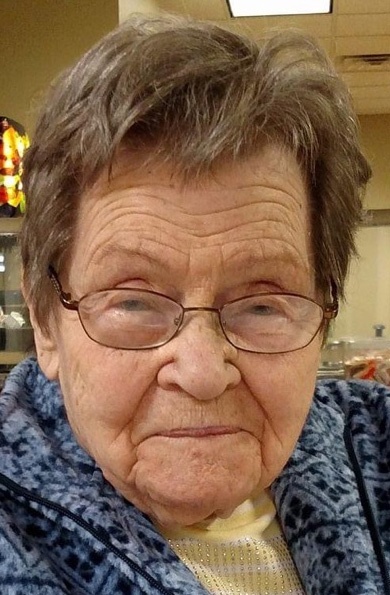 Services will be held at a later date. There will be no viewing or visitation. Memorials may be given to the Alzheimer's Association.

Alvera worked at Mary Lanning for a few years and married Edgerray T. Beach on November 2, 1945, at Osborne, KS. They lived in Great Bend, KS, Roseland, NE, and Trumbull, NE where all their eight children graduated high school. Alvera worked for several years as a cook at the Trumbull School. After retiring they moved to Naponee, NE then back to Glenvil, NE. Edgerray died on February 17, 2000, and Alvera moved back to Hastings and was living at Good Samaritan Village.

To order memorial trees or send flowers to the family in memory of Alvera Beach, please visit our flower store.