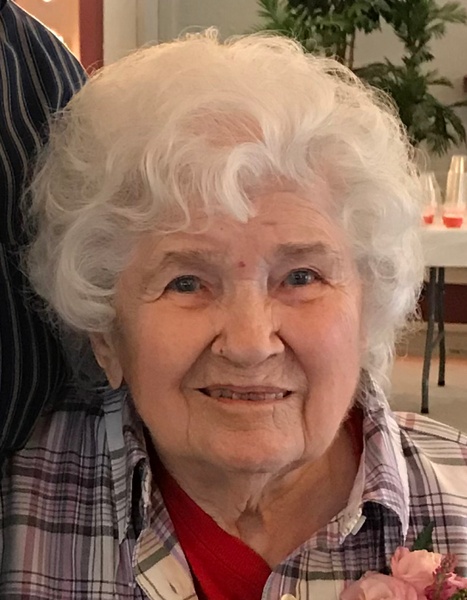 Amy Pearl Morris was born on October 5, 1917, in Allen, NE to John and Elva Barnes. Amy was the oldest of four daughters. When ten months of age the family moved to Wayne, NE. She graduated from Wayne High School in 1935 (during the great depression). She first worked as a secretary in the local WPA office, later as a clerk in the Wayne County Clerk’s office.

Amy was a member of Lakeside Community Church of the Nazarene and taught Sunday School for 38 years. She also regularly attended Hastings Christian Women’s Club which she greatly enjoyed.

Amy was preceded in death by her parents; husband, Lawrence Morris; and three sisters.

To order memorial trees or send flowers to the family in memory of Amy Morris, please visit our flower store.