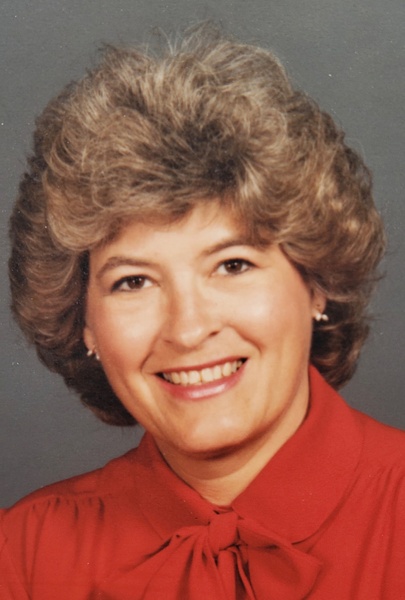 Anna Belle Louthan was born August 30, 1933 in Chicago to the Reverend Ross Ogden Louthan and Clara Bell (Danskin) Louthan. Ross and Clara were students at Chicago Evangelistic Institute (CEI). Ann died on May 7, 2019, in Plantation, Florida, at the age of 85. Annie attended Randolph High School in Randolph, Nebraska, where she was a straight “A” student, cheerleader, and participated in many church, school, and community activities. She was graduated in 1951. She attended Vennard College in Oskaloosa, Iowa, where she met Warthen “Buddy” Israel. Ann and Bud married in the Methodist church in Randolph, Nebraska, on August 9, 1952. They served at a tiny country church while Bud completed his schooling in Iowa. Their first son Stephen was born in Oskaloosa. In 1954 Ann and Bud moved to Waterloo, Iowa, and served in the Salvation Army until 1956. Their second son David was born in Waterloo in 1955. Bud and Ann were accepted into the Methodist Church ministry in 1956 and were assigned to the Palmer, Nebraska, church where Ann began building lifelong friendships as a minister’s wife, a role she loved and nurtured throughout her life. Deborah, their first daughter was born in St. Paul, Nebraska, in 1958. During their time in Palmer, Bud attended seminary at Iliff School of Theology in Denver, Colorado, commuting by train weekly and returning home on the weekends to attend to his responsibilities as Pastor. Ann bravely raised the three small children during his absence knowing that this was God’s plan for the future. Ann and Bud were assigned to the Methodist Church in Benkelman, Nebraska, in 1961 where their fourth child Priscilla was born in 1963 at the local hospital in Benkelman. Annie was active in Women’s Circle, Sunday School, and Sunday Worship. Ann viewed her role with the church as a team with Bud as well as being a mother to her growing family. In addition to her work with the church, she managed a lively and dynamic household. She developed many skills necessary to a thriving family: sewing, planning and making meals, knitting, cross stitch, growing and canning fresh produce, Den Mother to the Cub Scouts as well as maintaining an active presence in the church activities. Ann and Bud were assigned to the Milford, Nebraska, Methodist Church in 1964. During their time in Milford, the Methodist Church merged with the Evangelical United Brethren Church (EUB) and became the United Methodist Church in April 1968. Services were then moved to the other end of the block to the former EUB church building, though Sunday School and other church activities continued at both churches. Shortly thereafter, in June of 1968, Ann and Bud’s fifth child Elizabeth was born in nearby Seward, Nebraska. Through it all Ann persevered and helped the Milford church thrive. 1971 brought another move to Cozad, Nebraska, as they were assigned to the Cozad United Methodist Church. Ann fell in love with the beautiful church and the community and practiced her love of teaching by working with two-year-olds in her Sunday School Class. She was a member of the Church Bell Choir. Ann also worked with the Cozad Thrift Shop, a church-sponsored entity envisioned and started by Bud during Ann and Bud’s ministry in Cozad and an enduring legacy still serving the community today. In 1977, Ann and Bud moved to Grand Island, Nebraska, when Bud was appointed as a District Superintendent for the South Central District. In 1980, the Grand Island tornado struck and their home was severely damaged. Throughout the rebuilding, Ann was resolute and steadfast knowing that God would see her through the rebuilding process. Ann and Bud were assigned to the Hastings First United Methodist Church in 1981. They embarked on a membership and building campaign to reinvigorate and renovate the church. Ann loved playing in the Church Bell Choir there as well. In 1987 God had a new plan for Ann and Bud. They moved to Oskaloosa, Iowa, where Bud was inaugurated as the President of Vennard College. Afterward, they returned to the Nebraska Conference with the United Methodist Churches in Sargent (1992) and Gretna (1994). They then retired in 1998 and moved back to Hastings where Ann spent many hours as a loving grandmother and working on her many knitting, cross stitch, and needlepoint projects. She also supported Bud as he took on the role as a part time Pastor of Second Presbyterian Church in Hastings. In 2015 Ann and Bud moved to Plantation, Florida. Ann spent many, many hours reading to each of her children at a very young age and continued the tradition with her grandchildren, instilling a love of learning and reading in every one of them. Ann made sure that every child and grandchild was made to feel special in the Eyes of God. Anna Belle is survived by her husband Warthen T. (Buddy) Israel, brother William (Lavada) Louthan of Aurora Colorado, son W. Stephen (Nancy) Israel of Novato, California, son David (Sara) Israel of Moreno Valley, California, daughter Deborah (Doug) Israel Wiens of Temecula, California, daughter Priscilla (Hamish) Israel List of Plantation, Florida, daughter Elizabeth (Shawn) Israel Hartmann of Hastings, Nebraska, six grandchildren, five great-grandchildren and many nieces and nephews. She was preceded in death by her parents, Ross and Clara Louthan, and her younger sister Elsie May “Mazie” (Lewis) Chesser. A Memorial Service will be held at Hastings First United Methodist Church, 614 N Hastings Ave, Hastings, NE 68901 on Friday, May 17, 2019, at 11 a.m. with Rev. Dr. David McCarthy and Rev. Gerald Schwab officiating. Book signing is Wednesday and Thursday 9 a.m. – 5 p.m. at Livingston Butler Volland Funeral Home. Memorials may be given to the family for a memorial to be established at a later date.

To order memorial trees or send flowers to the family in memory of Anna Israel, please visit our flower store.