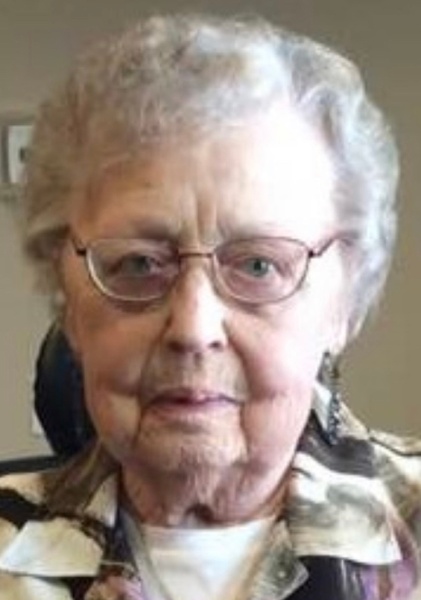 Services are 2 p.m. Friday, March 1, at First Presbyterian Church in Hastings with Rev. Greg Allen-Pickett officiating. Burial will be in Parkview Cemetery in Hastings. Memorials may be given to the Nebraska Leaves No Veterans Behind Scholarship Fund (nufoundation.org - fund 01133020 in honor of her son, Jim). Visitation will be 5-8 p.m. Thursday with family present at the funeral home, and one hour prior to the service at the church.

Arlene was a talented seamstress who sewed her own clothes as well as some clothes for her husband, sons, and grandchildren. During her career, she worked for Mode O’ Day, J.C. Penney Co. and J.M. McDonald. After retiring she worked part-time for Welcome Wagon and Pooh Corner at First Presbyterian Church. Arlene was a member of First Presbyterian Church in Hastings and had served as a Sunday school teacher for several years. She enjoyed playing cards, dancing, and traveling with her husband until his death and later with special friend Hank Hartig.

Arlene was a committed and loving wife in her over 60 years of marriage to her two beloved husbands. She found particular joy in spending time with her extended family and friends.

To order memorial trees or send flowers to the family in memory of Arlene Kort, please visit our flower store.