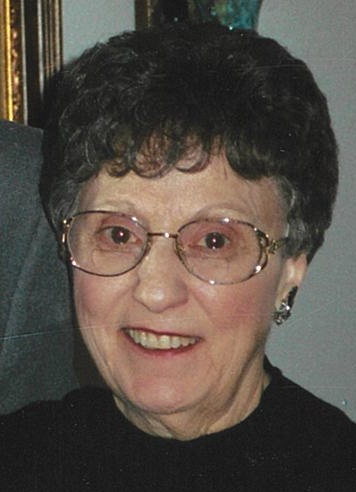 Hastings resident Arzella (Soucie) Choquette Vandewalle, 91, passed away Tuesday, November 17, 2020, after being lovingly cared for by her daughter, Rene for several years in the home.

Rosary will be at 10 a.m. Saturday, November 21, and Memorial Mass will follow at 10:30 a.m. at St. Cecilia Catholic Church in Hastings with Father Christopher Kubat officiating. Burial will be at St. Anne’s Cemetery in Campbell. Book signing will be 9 a.m. – 4 p.m. Friday at the funeral home. Memorials may be given to the family for a memorial to be established at a later date. For the health and safety of others face masks are required for those attending the rosary and memorial mass, your cooperation is appreciated. Since there are material sharing restrictions, we ask that you bring your own pen for signing the registration book or memorial envelopes. If you do not bring one, we can do that for you.

Arzella was born on November 15, 1929, to Oliver and Gertrude (Brouillette) Soucie in Campbell, NE. She spent most of her childhood in Gibbon, NE helping on the farm. They moved to Shelton, NE where she met her future husband. On May 10, 1950, she married Jerome Delphus Choquette. To that union were born five children. Jerome and Arzella were married 16 years until Jerome’s untimely death on December 22, 1966. She married Vincent Vandewalle on June 24, 1972, in Deweese, NE. Most of their married life was spent on a farm in Petersburg, NE until 1981, at which time they moved to Hastings, NE. Vincent passed away on January 29, 2007, after being married 35 years.

To order memorial trees or send flowers to the family in memory of Arzella Vandewalle, please visit our flower store.