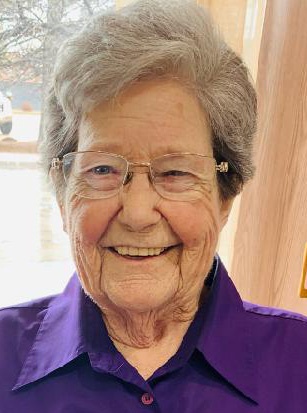 Memorial Service will be Saturday July 3, 2021 at 11:00 a.m. at Cornerstone Bible Church in Orchard, NE with Pastor Troy Watson officiating. Visitation will be one hour prior to service at the church. Burial will be in Mandan, North Dakota at a later date. Memorials may be given to the Orchard Evangelical Free Church. Private condolences may be sent to the family at www.lbvfh.com. Livingston Butler Volland Funeral Home & Cremation Center is serving the family.

Barb was born July 11, 1941 in Page, NE to James & Luella (Boyer) Lieb. She made a living as a homemaker and was very active in the Orchard Evangelical Free Church. Barb lived in Orchard, NE for 15 years and later moved to Hastings in 2021 due to her health.

And many nieces, nephews, cousins & friends.

To order memorial trees or send flowers to the family in memory of Barbara Bolte, please visit our flower store.