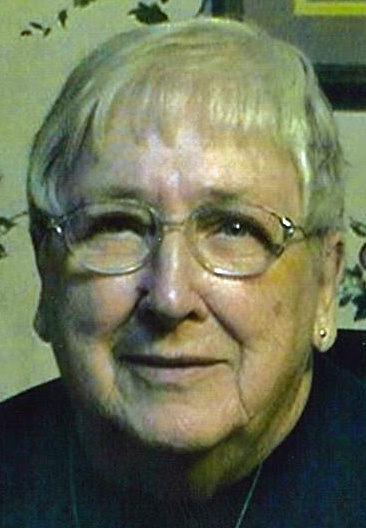 Due to the current restriction, private family services will be held at a later date. In lieu of flowers, memorials may be given to Start Over Rover or New York Avenue Congregational Church.

Berdina was born November 19, 1925, in Lincoln, NE to Reuben & Clarine (Riley) Hoff. She went to school in Hastings. Berdina married Lyle Dunham on May 23, 1943; they were classmates and had three children to this union, Carol, Lyle Jr., and Roberta. Berdina was a homemaker and later had Berdina’s Treasure Trove. They traveled far and wide doing antique shows and shared many memories with friends they met along the way.

Berdina belonged to the K.P. Sisters, Eagles, and was a lifelong member of the Veterans of Foreign Wars. She was a member of the New York Avenue Congregational Church. Berdina volunteered at the Golden Friendship Center and also at Mary Lanning Hospital. Her favorite pastime was playing bingo and bowling with Lyle at the alley on First Street. She will be missed greatly.

To order memorial trees or send flowers to the family in memory of Berdina Dunham, please visit our flower store.