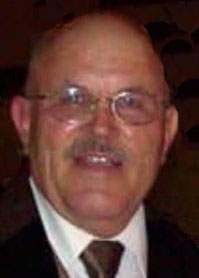 Service is 10 a.m. Thursday, October 3, at First St. Paul’s Lutheran Church in Hastings with Pastor Joel Remmers officiating. Burial with military rites by Nebraska Army National Guard Military Funeral Honors Program will be at Parkview Cemetery in Hastings. Memorials may be given to the family for a memorial to be established at a later date. Visitation is 1-8 p.m. Wednesday with family present 6-8 p.m. at the funeral home, and one hour prior to service at the church.

Ben was born November 8, 1955, in Hastings, NE to Stan & Joan (Vap) Pallas. He graduated from Lawrence High School and received his associate’s degree in carpentry from Central Community College in Hastings. Ben served in the U.S. Army from September 29, 1975, to September 28, 1978, and was stationed in Germany and Ft. Leavenworth, he also served in the National Guard for many years. He married Jan Bohannon in 1976. To this union, they had two daughters, Candi and Nikki. On June 22, 2002, Ben married Micky (Harpham) McCoy and gained two bonus daughters, Kristi and Sarah.

Ben retired from the National Guard as a Master Sergeant after 30 years 11 months and 14 days of service. He was employed with Hastings Utilities at the Whelan Energy Center, Meat Animal Research Center, and Nebraska National Guard Greenlief Training Site-Hastings. Ben attended First St. Paul’s Lutheran Church and Evangelical Free Church. He enjoyed hunting, fishing, Nebraska football, and going to his grandchildren's activities. Ben could fix anything, had a huge heart and was kind to all. He will be greatly missed by many.

To order memorial trees or send flowers to the family in memory of Bernard "Ben" Pallas, please visit our flower store.