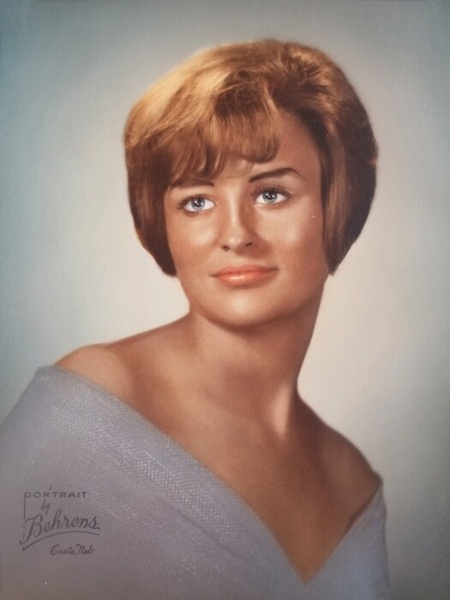 Hastings resident Bette I. Schroer, 77, passed away Sunday, October 11, 2020, at Hillcrest at Firethorn in Lincoln, NE.
Visitation will be 2-4 p.m. with family present on Sunday, October 25, at Livingston Butler Volland Funeral Home. Burial will follow visitation on Sunday at Parkview Cemetery in Hastings. Book signing will be 9 a.m. – 4 p.m. Saturday, October 24, at the funeral home. Memorials may be given to the family for a memorial to be established at a later date.

For the health and safety of others, face masks are required for those attending the visitation and burial.  Your cooperation is appreciated. Since there are material sharing restrictions, we ask that you bring your own pen for signing the registration book or memorial envelopes. If you do not bring one, we can do that for you.

Bette was born March 29, 1943, in Clay Center to Raymond & Verna (Hamilton) Peterson. She graduated from Clay Center High School in 1961. Bette married William L. “Bill” Schroer on November 29, 1963.  To this union, two daughters were born, Michelle DeNise and Jill ReNee. She worked as a bookkeeper for Schroer Implement in Lawrence, NE., and then went on to open her own women’s clothing store called Bette’s, Especially for You, in Superior, NE. She then went on to manage J.Bragg’s in Des Moines, IA, and then Lincoln, NE.  After that, she managed women’s clothing at Allen’s, On the Avenue, and Rave Revue, all in Hastings, where she later retired.

To order memorial trees or send flowers to the family in memory of Bette Schroer, please visit our flower store.