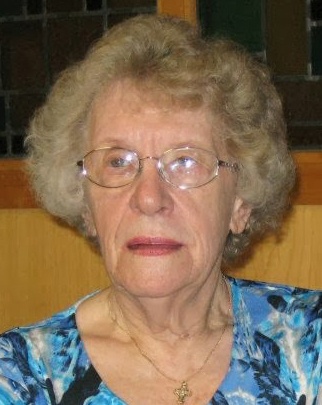 Private family memorial services will be Thursday, August 27, with Rev. Stefanie Hayes officiating. Visitation will be 6-8 p.m. Wednesday at the funeral home. Memorials may be given to Grace United Methodist Church. For the health and safety of others face masks are required for those attending the visitation and funeral, your cooperation is appreciated. Since there are material sharing restrictions, we ask that you bring your own pen for signing the registration book or memorial envelopes. If you do not bring one, we can do that for you.

Beverly (Stevens) Ferris was born on December 14, 1931, on a farm east of Creighton, NE to Walter and Mabel (Andersen) Stevens. She attended Fairview Rural School through the eighth grade and then enrolled in Creighton High School where she graduated with honors as Salutatorian in 1948. Following graduation, she taught West Highland Rural School for two years and District 121 near Wausa, NE for two additional years. She also worked at Anderson’s Grocery in Wausa.

On December 26, 1950, she was united in marriage to George Ferris of Wausa, NE. To this union was born five children: Pamela Larkin, Connie Astuto, Kathryn Minear, David, and Michael Ferris. George was stationed in Germany for two years during the Korean War. After his discharge, the couple moved to Grand Island, NE where George was employed by Allen’s’ Drug and Beverly worked at Brown Fruit Co. as clerk-typist. In November of 1953, they moved to North Platte where George became the Assistant Manager at a new Allen’s Self Service Store.

Beverly was a homemaker for many years when her children were young. She was a twenty-five-year member of the Neophyte Extension Club, various committees, and Circles at First United Methodist Church in North Platte. She also worked four years as a paraprofessional with the North Platte Public School System.

In 1984, the family moved to Hastings, NE. She worked four years as a paraprofessional with the Hastings Public Schools Pre-School handicapped classes. In 1989 she began working for Goodwill Industries as Assistant Manager of the Hastings Retail Store, retiring in 2000. She was an active member of Grace United Methodist Church, serving as Ad Board Secretary for nine years, various offices in the United Methodist Women’s organization, Stephen Ministry, and Hastings Christian Women’s Club.

To order memorial trees or send flowers to the family in memory of Beverly "Bev" Ferris, please visit our flower store.