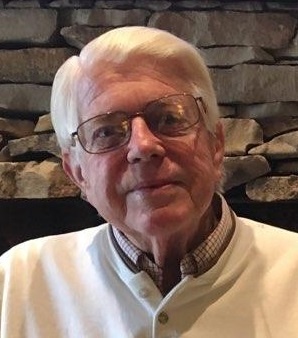 Bill Copple, a man who never met a stranger, nor left anyone he encountered without a story, passed away at the age of 75 at his home in Columbia, MO on July 24, 2021 after a short battle with aggressive small-cell lung cancer.

A memorial service will be held Saturday, July 31, 2021 at 10:00 a.m. at O’Brien Straatmann Redinger Funeral Home in Kearney, NE. Burial will follow at Riverdale Cemetery and luncheon following at the funeral home. A second graveside service will be held Sunday, August 1, 2021 at 2:00 p.m. at Blue Valley Cemetery in Ayr, NE. Refreshments following at the Elks Country Club, located at 3050 E South St. Hastings, NE. Memorials may be given to the family to be designated at a later date.

Bill was born Billy Lynn Copple to Russell and Velma (Druecker) Copple on January 30, 1946 at Mary Lanning Memorial Hospital in Hastings, NE where he lived until he moved to Kearney in 1979.  He was the second-oldest of five siblings, all of whom spent their childhoods on Clearview Farm just outside of Hastings.  He cherished and remained close to his siblings his entire life, and made an early reputation for himself as a gear-head, a flirt and eternally ornery behind the wheel of a car, particularly his ’46 Ford, of which he was immensely proud.  After high school, he attended Milford Trade School and trained as a welder.  He fought in the Vietnam War as a paratrooper in the 82nd Airborne.

On February 23, 1973, he married Charlene Gingrich, who could out-speed-shift him, but still managed to be a civilizing influence, and who loved his family as much as he did.  They lived in Hastings as a highly social couple until 1979 when they moved to Kearney so Bill could take a position with Deutz Allis Massey Ferguson selling farm implements.  They raised their two daughters, Melissa and Alison, in Kearney, where he enjoyed fishing and camping, tinkering with cars, including the conversion of a painter's van into a family camper that saw many adventures, and seeing his siblings and the family farm as frequently as possible.  In the early ‘90s, he made a career move to Gateway Mobile and Modular Homes as a salesman, where he stayed happily until he retired in 2007.

Much to everyone’s surprise, his beloved Charlene died suddenly in April of the following year, and Bill struck out for an adventure in Alaska, and other travels throughout the country.  It was in the course of those travels that, in 2016, he was reunited with Julie Billings Relford, a friend from high school who had always carried a torch for him, and the two married in 2017.  They brought out a delightful childlike orneriness and zest for life in each other, and he cared for her tirelessly through her battle with cancer until she died in 2018.  Very shortly thereafter, Bill bought a small second home in Columbia, Missouri to be close to his eldest daughter.  He was immensely proud of his grandchildren, and fought like the soldier he was to be able to see and speak with them in the final hours of his life.

Forever thinking of the people around him more than himself, Bill was best known for his pride in his family, the generosity of his friendship, his unfailing love for spinning a yarn, and the fierce fraternity he discovered late in life with his fellow Vietnam Veterans.

Bill was preceded in death by his parents, Russell and Velma Copple, and both of his wives, Charlene and Julie Copple. His ashes will be divided between their two burial plots, as he requested.

To order memorial trees or send flowers to the family in memory of Bill Copple, please visit our flower store.