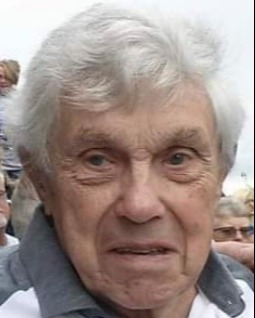 Rosary will be 5 p.m. Sunday, December 4, at Butler Volland Chapel. Mass of Christian Burial will be 10 a.m. Monday, December 5, at St. Cecilia Catholic Church in Hastings with Father Craig Clinch officiating. Burial with military rites by Hastings Military Honor Guard will be at Parkview Cemetery in Hastings. A book signing will be 1-5 p.m. with family present 3-5 p.m. Sunday, at the funeral home, and one hour before the service at the church. Memorials may be given to the family for a memorial to be established at a later date. The service will be live-streamed on Livingston Butler Volland Funeral Home’s website. To view the service, go to Bill’s obituary and click the play button shown towards the bottom of the page.

Bill worked for Kealy Construction, later opened Cut-Rite Millwork, and then started Mr. Bills Hardware City. He was a member of the Sertoma. Bill was a very hard worker, and enjoyed woodcarving and attending auctions. He volunteered at Kool-Aid Days and Goodfellow’s for many years where he assembled boxes for those in need.  He loved spending time with his family and grandchildren.

Bill was preceded in death by his parents.

To order memorial trees or send flowers to the family in memory of Bill J. Ries, please visit our flower store.