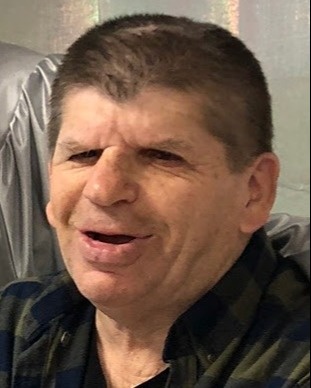 Billy Frank Thiel passed away peacefully into the arms of Jesus on September 26, 2022 at his home in Holstein, NE surrounded by the love of family members.

Celebration of Life will be 11 a.m. Saturday, October 1, at Roseland Community Center in Roseland. Private family burial will be at Roseland Cemetery in Roseland. There will be no viewing or visitation. The family requests in lieu of flowers, that you honor Bill with a memorial to Start Over Rover or Holstein Fire and Rescue.

In 2014 Bill moved to Holstein to share a home with his sister and brother-in-law, Terry and Jim Nabower. Bill enjoyed spending time with family, watching Nebraska football, westerns and classic tv shows, talking trucks with his brothers, being spoiled by his sisters, collecting model trucks and cars, watching Union Pacific steam trains, and junk jaunting. He could be found on Sunday afternoons watching Rio Bravo. Bill loved babies, and he always had to hold the new babies in the family. Bill loved his dogs and could often be found sitting in his recliner with his best friend, Phoebe

He is survived by his brothers, Jim of Holstein, Michael of Aurora, CO, and Dan (Monnica) of Wellington, CO; sisters, Bonnie LeFevre of Hastings, DeeAnn (Ron) Krysl of Atkinson, Terry (James) Nabower of Holstein, Cheryl Turner of Westminster, CO, June Stark of Littleton, CO, and Jane Brennfoerder of Littleton, CO; sisters-in-law, Cheryl Thiel of Hastings, Sharon Thiel of Grand Island, Dorothy Thiel of Trumbull, and Shirley Mommsen of Grand Island; brother-in-law, Dan Klein of Roseland; 38 nieces and nephews; and many, many great and great-great nieces and nephews, friends and extended family.

The family would also like to thank Mary Lanning Healthcare Hospice and Holstein Fire and Rescue for your kindness and compassion.

To order memorial trees or send flowers to the family in memory of Billy Frank Thiel, please visit our flower store.