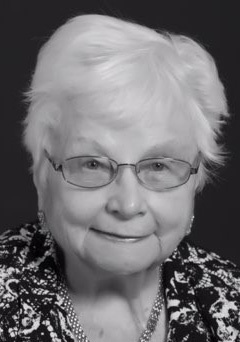 Memorial Services will be 10 a.m. Thursday, March 11, at Faith Lutheran Church in Hastings with Pastor Josh Davis officiating. Burial will be at Juniata Cemetery in Juniata. Visitation will be 1-8 p.m. Wednesday with family present 6-8 p.m. at the funeral home. Memorials may be given to Faith Lutheran Church or to the family. The service will be live-streamed on Livingston Butler Volland Funeral Home’s Facebook page. The direct link for that page is www.facebook.com/lbvfh , the link will not be live until five minutes before service time. For the health and safety of others face masks are required for those attending the funeral, your cooperation is appreciated. Since there are material sharing restrictions, we ask that you bring your own pen for signing the registration book or memorial envelopes. If you do not bring one, we can do that for you.

Bonnie was employed at Mary Lanning Memorial Hospital as a switchboard operator from 1970 until her retirement in 2009. She was a member of Faith Lutheran Church, Mary Lanning Auxiliary from 1995 to 2011, and Veterans of Foreign Wars Auxiliary. Bonnie volunteered at the Red Cross Blood Mobiles, and March of Dimes drive.

To order memorial trees or send flowers to the family in memory of Bonnie Borrell, please visit our flower store.