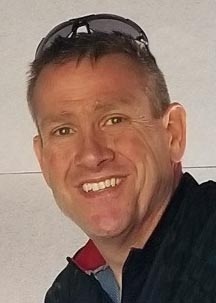 Services are 11 a.m. Tuesday, October 29, at Lakeside Community Church of the Nazarene in Hastings with Rev. Dr. Barry Kennard officiating. The family requests casual attire be worn if attending the service. Burial will be at Parkview Cemetery in Hastings. Visitation is 1-5 p.m. Monday at the funeral home, and two hours prior to service at the church. In lieu of flowers, memorials may be given to The Dirty Kanza 200, Emporia, KS. Please make checks out to the Emporia Community Foundation.

Brian and Michelle bought Hastings Honda in 2000. Brian’s work was his passion. Brian was a perfectionist and there was nothing he couldn’t fix. He was exceptionally handy. Brian would drop anything he was doing to help someone. He enjoyed bicycling, was an avid bicycle rider and twice completed the 200 miles in the DK race in Kansas. Brian was so proud of his children and he loved them very much. He absolutely adored his grandkids, they called him “Papa”. He had a laugh that could light up a room.

To order memorial trees or send flowers to the family in memory of Brian Arrants, please visit our flower store.