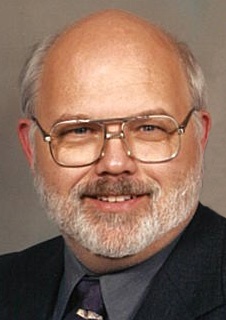 Services will be 10 a.m. Friday, April 16, at Butler Volland Chapel in Hastings with Pastor Chad Brodrick and Pastor Robert Porter officiating. Burial will be 9 a.m. Monday, April 19, at Omaha National Cemetery in Omaha. Visitation will be 1-7 p.m. Thursday with family present 5-7 p.m. and one hour prior to service at the funeral home. Memorials may be given to the family for a memorial to be established at a later date. The service will be live-streamed on Livingston Butler Volland Funeral Home’s Facebook page. The direct link for that page is www.facebook.com/lbvfh , the link will not be live until five minutes before service time. For the health and safety of others face masks are required for those attending the visitation and funeral, your cooperation is appreciated. Since there are material sharing restrictions, we ask that you bring your own pen for signing the registration book or memorial envelopes. If you do not bring one, we can do that for you.

They moved to Lincoln in 1980 with the Air National Guard where Carl worked full-time for five years. In 1985, he began his career with the Federal Aviation Administration in Columbus, NE. He relocated with the FAA to North Platte, NE in 1996. In 2002, he moved again with the FAA to be the Electronics Maintenance Manager at Eppley Airfield in Omaha, NE; where he retired in May 2016. Carl and Audrey returned to Hastings in October 2019. Carl was a member of North Shore Assembly of God Church. His biggest delight was his five granddaughters.

Carl was preceded in death by his parents and grandparents.

To order memorial trees or send flowers to the family in memory of Carl Woods, please visit our flower store.