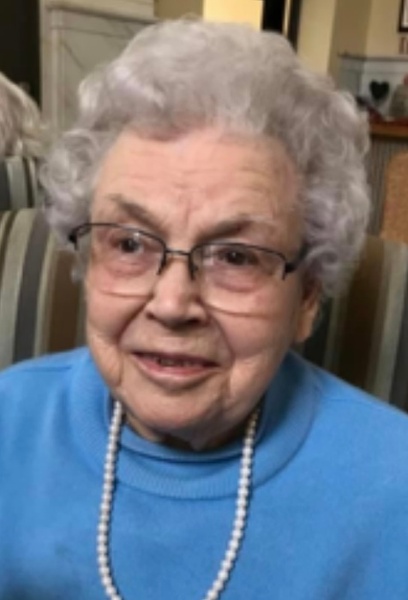 Services will be 11 a.m. Friday, October 15, at Butler Volland Chapel in Hastings with Rev. Kurt Coleman officiating. Burial will be at Parkview Cemetery in Hastings. Visitation will be 1-7 p.m. Thursday with family present 5-7 p.m. and one hour prior to the service at the funeral home. Memorials may be given to First United Methodist Church.

Carol was born December 1, 1919, in David City, NE to Everett J. & Mary (Svitak) McCracken. She graduated from David City High School and Lincoln School of Commerce. Before Carol was married she worked in the Agronomy Department at the University of Nebraska-Lincoln East Campus. Carol married Irwin Darrell Bauder on June 21, 1941, in Lincoln, NE; he preceded her in death on March 7, 1985.

Carol was preceded in death by her parents; husband, Irwin Darrell Bauder; son, Donald Bauder; and one sister.

To order memorial trees or send flowers to the family in memory of Carol Bauder, please visit our flower store.