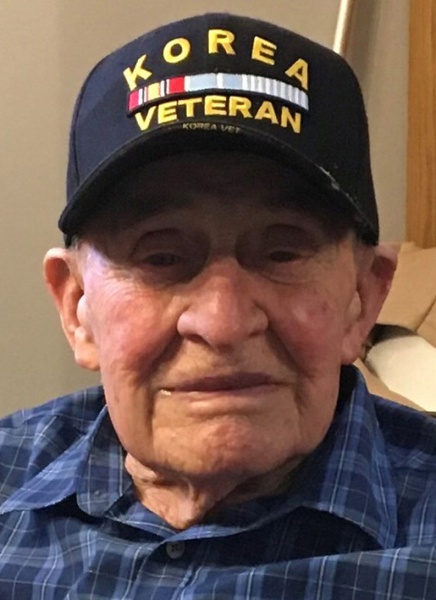 Rosary will be 7 p.m. Thursday, June 24, at Butler Volland Chapel in Hastings. Mass of Christian Burial will be 10:30 a.m. Friday, June 25, at Sacred Heart Catholic Church in Lawrence with Rev. Corey Harrison officiating. Burial with military rites will be at Sacred Heart Cemetery in Lawrence. Visitation will be 1-7 p.m. with family present 6-7 p.m. at the funeral home. Memorials may be given to the Lawrence Community Center.

Charles was born in Lawrence, NE on May 25, 1925, to J. John & Frances (Hajek) Hubl. He graduated from Lawrence High School in 1943. Charles remained in Lawrence much of his life, though he did serve in the Korean War from 1951 to 1952, obtaining the rank of Staff Sergeant in the 38 th Infantry Regiment. Almost immediately after his return to the States, he married the love of his life, Frances Ellen Cecava on November 12, 1952.

A born Czech farmer, Charles would continue his stewardship of the land and raise his family in Lawrence. He was a member of the American Legion and the Fraternity Order of Eagles. Charles had the gift of being able to talk to anyone and could make friends anywhere, and he was the only person his family knew that could talk to a salesman for hours and still walk away buying nothing.

To order memorial trees or send flowers to the family in memory of Charles "C.J." "Chick" Hubl, please visit our flower store.