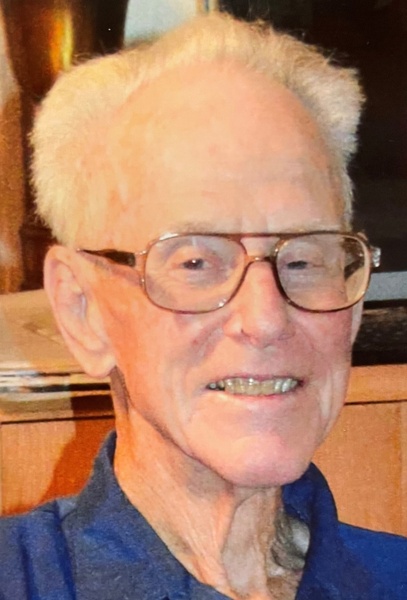 Rosary will be 10 a.m. and Mass of Christian Burial will be 10:30 a.m. Friday, March 11, at Sacred Heart Catholic Church in Roseland with Father Nathan Hall and Father Thomas Brouillette officiating. Burial will be at Roseland Cemetery in Roseland. Visitation will be 1-7 p.m. with family present 5-7 p.m. Thursday, March 10, at the funeral home. Memorials may be given to Sacred Heart Catholic Church, Roseland. The service will be live-streamed on Livingston Butler Volland Funeral Home’s website. To view the service go to Charles’s obituary and click the play button shown towards the bottom of the page.

Charles was born April 29, 1921, in Juniata, NE to A.G. “Butch” and Anna (Diederich) Bourg. He graduated from Roseland High School and attended the University of Nebraska in Lincoln. Charles served in the U.S. Army from January 1943 to January 1948. Whitey married Dorothea Lucille Trausch on January 13, 1944, at Sacred Heart Catholic Church in Roseland; she preceded him in death on March 24, 2012. They had 22 permanent changes of address in their first five years of marriage, some of which were overseas due to Charles’s military career. They settled in Pittsburgh, PA in 1961 and raised their children.

Charles and Dorothea retired to Roseland, NE in 1978 after a long career with United States Steel. After retiring, Charles worked for the University of Nebraska South Central Station in Clay Center, NE. He served on many boards and committees in Adams County. Charles always had a love for flying, golf, woodworking, family, and “Happy Hour”!

To order memorial trees or send flowers to the family in memory of Charles "Whitey" Bourg, please visit our flower store.