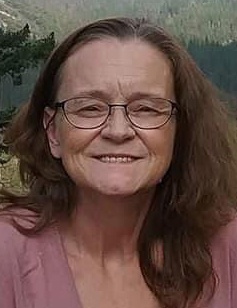 Preceded in death by her father Donald B. Leonard and her grandparents.  Survived by her parents: May and Bob Ruxton; her children: Azaria Chavira, Jevon Nacke-Chavira, Kaz Starr-Chavira, Zaron Starr-Chavira, and Talya Starr-Chavira; her sisters: Donna Necas, Julie Barrientez, and Regina Leonard; and a large extended family and many others who were like her family.

Cindy was born June 24, 1960, to May and Don Leonard in Frankfurt, Germany, where her father was stationed with the army.  The family moved back to the United States in 1961. Living for a while in Spencer, IA before returning to Hastings, NE where she attended Longfellow Elementary School as well as Hastings Jr. and Sr. High where she graduated in 1979. She married and settled in Hastings to raise her family, except for a brief time that she lived in Garden City, KS.

Her greatest joy in life was the love she felt for her children; all of her children; our children and if you knew her, your children too. She had a great influence on several generations of children who will miss her greatly. Cindy was a kind and loving soul who always saw the best in people. She will remain in our hearts. Service for family only, with a celebration of life at a later date.

To order memorial trees or send flowers to the family in memory of Cindy Chavira, please visit our flower store.