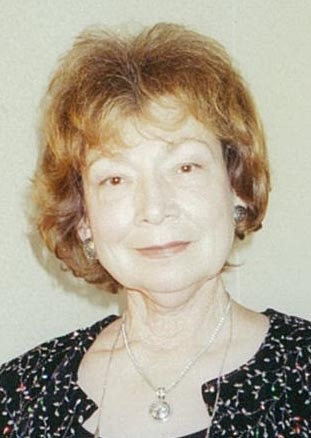 Hastings resident Claire L. Hartman, 77, passed away Thursday, July 4, 2019, in Hastings with her family by her side.

Rosary is 9:30 a.m. Tuesday, July 9, and Mass of Christian Burial will follow at 10 a.m. at St. Cecilia Catholic Church in Hastings with Father Christopher Kubat officiating. Private family burial will be held at a later date at Parkview Cemetery in Hastings. There will be no viewing or visitation. Memorials may be given to Hastings Catholic Schools Foundation.

Claire was born February 2, 1942, to Albert and Anna (Hepp) Struckhoff in Denver, CO. Her active childhood included service as class president and memberships in 4H Club, cheerleading, Girl Scouts, and Civil Air Patrol. She held clerical and finance positions in various Denver organizations including the 21 Club, First National Bank, and the Rio Grande Railroad. It was at the beginning of her career at the Rio Grande, where she met her husband, Glen Roger Hartman in 1969. Shortly after marriage, they moved to Hastings, NE in 1972. The couple opened a television repair shop, Hartman’s TV, and she finished her 25-plus year career with the Burlington Northern Railroad until health conditions forced her to retire at the age of 49.

Claire served her church and community with memberships in the Catholic Daughters of the Americas, Eagles, VFW, service as a funeral-dinner chair, Catholic Social Service’s volunteer, and an aide to Cuban and Vietnamese refugees. She was a certified VITA tax preparer and used her Master Gardener Certification on various projects throughout Hastings.

Her passion for traveling took her to over 20 countries throughout the world. But above all, her love was her family and friends. She considered her ever-growing family her greatest accomplishment and treasure. Her absence will be felt not only within her family but throughout the community.

Claire was preceded in death by her parents; husband, Glen R. Hartman; and brother, Patrick Struckhoff.

To order memorial trees or send flowers to the family in memory of Claire Hartman, please visit our flower store.