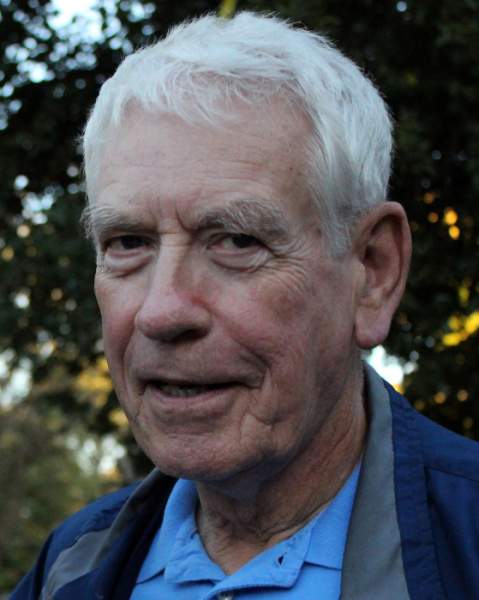 A funeral service will be 10:30 a.m. Friday, December 7, at Faith Lutheran Church, 837 Chestnut Avenue in Hastings with Pastor Paul Dunbar officiating. There will be no viewing. The family will be present one hour prior to the service at the church. Burial with military rites will be at Fort McPherson National Cemetery, Maxwell, Nebraska, at a later date. Memorials may be given to the family.

Steve was born December 28, 1942, in Hastings, NE, to Floyd Frederick and Harriet “Elender” Grace Harvey Meyer and raised in Sargent, NE. At a very young age, he became an amateur radio operator licensed as K0MZV his entire life. He enlisted in the US Air Force serving in the 6994 th Security Squadron as a Morse intercept operator while stationed at Tan Son Nhut Airbase, Vietnam from 1966-1967. He flew over 100 missions and received the Distinguished Flying Cross. Steve worked as a disc jockey at radio stations in Nebraska and around the country. While attending college in Chadron, Steve met Carole Jean Schwinck, and they married on December 26, 1970, in West Point, NE. He completed a Bachelor’s degree in teaching in 1971 in Speech/Theatre. His life career took a different direction as a certified Physician’s Assistant after graduating from Chadron State College in pre-medical sciences in 1974 and Baylor College of Medicine in 1978. Steve served as a medical officer in the US Army serving at Ft Riley, KS, and Mainz, Germany from 1982-1986. He resigned his commission to spend more time with his newborn daughter, Erika. After relocating to Hastings in 1986, he began as a “locum tenens” PA securing work mostly in small towns in Nebraska. In his retirement Steve enjoyed spending time with his granddaughter Ella, researching genealogy and traveling especially driving the Alaska Highway.

To order memorial trees or send flowers to the family in memory of Clare "Steve" Meyer, please visit our flower store.