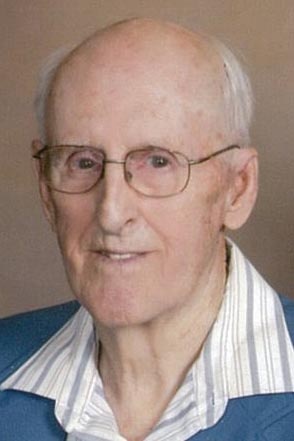 Services are 1:30 p.m. Monday, September 30, at First St. Paul’s Lutheran Church in Hastings with Pastor Joel Remmers officiating. Burial with military rites by Hastings Military Honor Guard will be at Parkview Cemetery in Hastings. Visitation is 1-6 p.m. Sunday with family present 2-4 p.m. at the funeral home, and one hour prior to service at the church. Memorials may be given to the family for a memorial to be established at a later date.

Clyde was employed at Dutton-Lainson, Westland Homes, and Big G Ace Hardware. He was a member of First St. Paul’s Lutheran Church and American Legion in Hastings. Clyde coached little league baseball for many years. He enjoyed going to Hastings American Legion baseball games with his wife, Donna, gardening, and playing cards with other couples.

Clyde lived at The Heritage at College View before moving to Perkins Pavilion at Good Samaritan in Hastings.

To order memorial trees or send flowers to the family in memory of Clyde Hoagland, please visit our flower store.