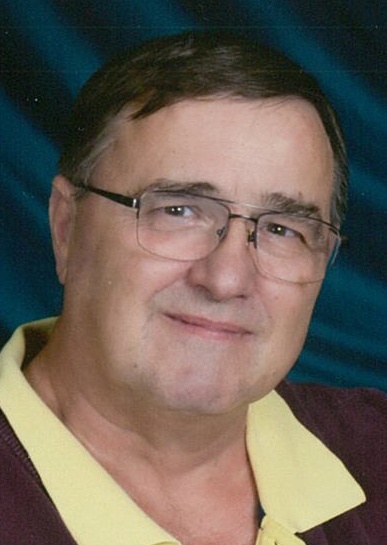 Services are 1 p.m. Thursday, January 2, at Faith Lutheran Church in Hastings with Pastor Paul Dunbar officiating. Burial will be at Harvard Cemetery in Harvard. Visitation is 1-5 p.m. Wednesday with family present 3-5 p.m. at the funeral home, and one hour prior to the service at the church. Memorials may be given to the family for a memorial to be established at a later date.

Craig was born June 20, 1950, at Hastings, NE to Thurman “Shorty” & N. Jane (Brown) Parnell, the second of five sons. He graduated from Harvard Public Schools in 1968. Craig attended college for two years, the first at Fairbury Junior College where he played football and the second at Hastings College where he pitched for the Broncos baseball team. He married Linda K. Langenberg on November 21, 1970, at Faith Lutheran Church in Hastings; to this union, they were blessed with two children, a son Christopher A. (1971) and a daughter Tiffany L. (1975).

Craig worked during his high school years, and usually with his brother Paul, for several area farmers whenever needed picking up bales, moving irrigation pipe, or other jobs. They spent one summer working ten-hour tractor shifts plowing the ground of the former NAD when the U.S. Meat Animal Research Center was in its infancy. A typical summer day most likely ended with a baseball game or two. He also helped build the Harvard Post Office. After high school, he worked for Great Plains Manufacturing, Hastings Irrigation, Brown’s Shoe Fit, Montgomery Wards, and Star Van & Storage. In November 1972, he was employed by Dutton-Lainson Company where he began in the warehouse/shipping department before transferring to the press department. In 1985, he transferred to material handling and spent the rest of his time on a forklift. Forty-five years later, he was the lead forklift driver at the Dutton-Lainson factory when he retired on November 20, 2017.

Craig was baptized on May 8, 1970, and confirmed on May 10, 1970, at Faith Lutheran Church in Hastings. He was a member of Faith Lutheran Church Adult Choir for 25+ years with his wife until a rare sarcoma took his voice in December 2016. He continued to go to choir practice with her and enjoyed “hearing” the words of the songs the choir sang while assuring his choir director that he no longer missed a single bass note. During her high school years, daughter Tiffany sang with her parents in the Adult Choir.

Craig was a member of Little League & American Legion Baseball teams, where he pitched and played third base. He played on teams from Clay Center and Harvard. He was a baseball umpire for Harvard American Legion for about 20 years. Craig bowled for several years on leagues in Sutton and then Hastings, often times with brothers Paul and/or Tom, and was on mixed leagues and bowled in tournaments with his wife and children. He liked working on crossword, cryptogram, Sudoku puzzles, and enjoyed doing landscape oil paintings. He was hard to defeat in trivia games and he enjoyed many hours of cards, dice and board games with family. Craig was an avid supporter of the activities of his children and then his grandchildren and was very proud of each.

To order memorial trees or send flowers to the family in memory of Craig Parnell, please visit our flower store.