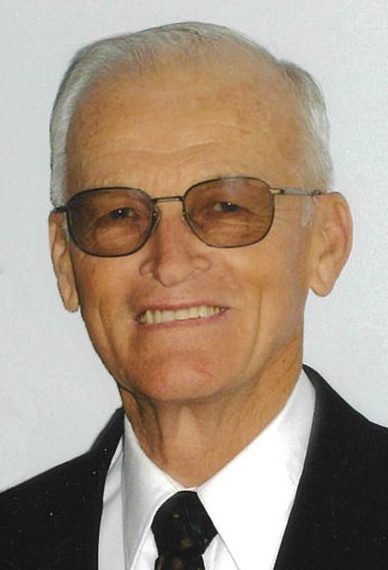 Memorial Services will be 11 a.m. Friday, March 4, at Faith Lutheran Church in Hastings with Pastors Paul Dunbar and Josh Davis officiating. Burial will be 2 p.m. Friday with military rites by Hastings Military Honor Guard at Parkview Cemetery in Hastings. Book signing and visitation will be one hour prior to the service with family present at the church. Memorials may be given to Faith Lutheran Church or Orphan Grain Train.

Dale was born January 9, 1933, in Hastings, NE to Lloyd and Blanche (Norton) Bierman. He attended School District #33 through the eighth grade and graduated from Hastings High School in 1950. He served in the Army in France from 1953 to 1955, worked six years at the NAD, and later at the US Post Office as a letter carrier. After retiring from the Post Office, he continued to farm part-time and volunteered at Mary Lanning Healthcare. He was a member of Faith Lutheran Church serving as an elder, chairman, and trustee. He was a lifetime member of VFW and a member of NARFE.

Dale married Ronda Lee Alber on June 26, 1955, at St. Paul’s Lutheran Church in Doniphan and they celebrated 66 years of marriage. He enjoyed family gatherings and especially the grandchildren and great-grandchildren. He liked following sports, especially the Chicago Cubs, and playing cards with friends.

Dale was preceded in death by his parents; brother, Bob, and sister, Betty Yeager.

To order memorial trees or send flowers to the family in memory of Dale Bierman, please visit our flower store.