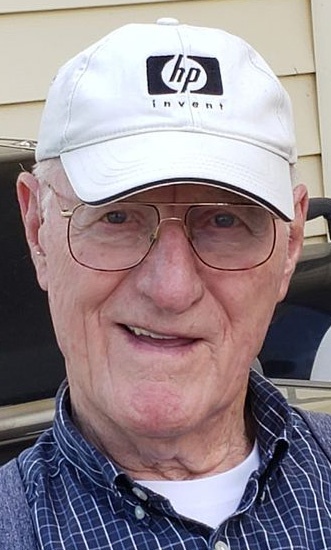 Memorial service will be 2 p.m. Tuesday, May 4, at First St. Paul’s Lutheran Church in Hastings with Pastor Joel Remmers officiating. Burial will be held at a later date at Salem Lutheran Churchyard Cemetery in Superior. Book signing will be 1-4 p.m. Monday at the funeral home. Memorials may be given to First St. Paul’s Lutheran Church or Lutheran Church of the Good Shepherd. The service will be live-streamed on Livingston Butler Volland Funeral Home’s Facebook page. The direct link for that page is www.facebook.com/lbvfh , the link will not be live until five minutes before service time. For the health and safety of others face masks are required for those attending the funeral, your cooperation is appreciated.

Dale was a Postmaster in Harvard, NE for many years. He was a member of First St. Paul’s Lutheran Church, American Legion, Veterans of Foreign Wars, and National Association of Postmasters (NAPUS).

Dale was preceded in death by his parents; brothers, Wilbur Mueller and Marvin Mueller; and grandson-in-law, Brady Cooper.

To order memorial trees or send flowers to the family in memory of Dale Mueller, please visit our flower store.