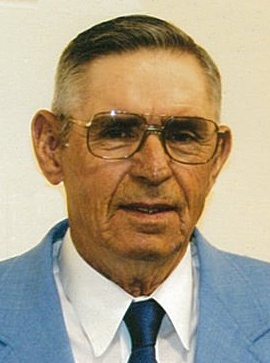 Services are 11 a.m. Friday, December 28, at Butler Volland Chapel in Hastings with Rev. Dr. Lee R. Wigert officiating. Burial with military rites by Hastings Military Honor Guard will be at Sunset Memorial Gardens Cemetery in Hastings. Memorials may be given to the family for a memorial to be established at a later date. Visitation will be 3-8 p.m. Thursday with family present 5-7 p.m., and one hour prior to service at the funeral home.

Darrel was born February 12, 1935, the sixth child of nine children, to Hazel C. (Vibber) & Orlie Bronson in Smith County, KS. He grew up on a farm, and at 18 he enlisted in the United States Army from December 3, 1953, until November 25, 1955. When he returned home from service, he spent one year with a construction company before going to work for CB&Q Railroad Telegraph Co. for ten years before moving to Hastings and going to work for Hastings Utilities Electric Department for 31 years; retiring in 1997.

Darrel married Judith A. Moore on August 23, 1957, in Red Cloud, NE, and to this union, four children were born, Douglas, Gwendolyn, Kevin & Janette.

Darrel loved all kinds of sports, whether attending or watching on TV, especially NASCAR and football. Until his health began to fail he attended NASCAR races. He especially enjoyed when all the family was together.

Darrel will be greatly missed by his family.

Darrel was preceded in death by his parents; three brothers; three sisters; one great-grandson, Noah; five brothers-in-law; and one sister-in-law.

To order memorial trees or send flowers to the family in memory of Darrel Bronson, please visit our flower store.