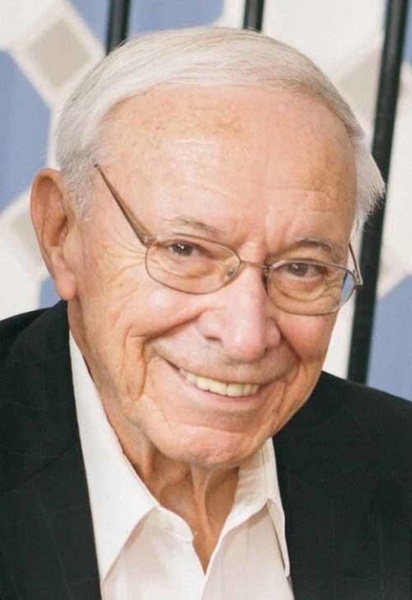 Darrel was born December 14, 1933, in Maywood, NE to Keith and Wilma (Sloan) Lloyd. He married Roberta Case in Kearney on August 29, 1954. Darrel graduated from North Platte High School and earned a bachelor´s degree in English at Kearney State College. Also an athlete, Darrel was an all-state basketball player and all-state legion baseball pitcher in high school. At Kearney State, Darrel played four years of basketball, two years as the leading scorer and was a conference high jump champion two times. After college, he played two years of professional baseball in the Dodger’s minor league system. He later coached high school basketball and refereed basketball games for many years.

Darrel had a 36-year career at Hastings College as a professor of English and was chair of the English department for seven years. During Darrel’s distinguished tenure, he received the Alpha Chi Outstanding Faculty Award three times, was selected four times to present an Invited Faculty Lecture and served four times as president of the faculty senate. He was chosen for the Burlington Northern Foundation Faculty Achievement Award, and upon retirement in 2000, he was granted an honorary Doctor of Literature degree. In 2005, Darrel was inducted into the Pro Rege Society for his extraordinary service and commitment to Hastings College.

A scholar of Irish literature, Darrel´s teaching specialties included 19th and 20th century British literature, the literature of American minorities and novels of Charles Dickens. A writer, Darrel´s short stories, poems, and essays have been published in numerous journals and periodicals, and his plays have been performed at Hastings College. Darrel was president of the Nebraska Council of Teachers of English and the Nebraska Humanities Council. He served on the boards of the Nebraska Humanities Foundation and the Willa Cather Pioneer Memorial.

Darrel and his wife, Roberta, have traveled extensively all over the world and led study tours overseas, particularly in Ireland and Great Britain. The couple celebrated 65 years of marriage this year.

To order memorial trees or send flowers to the family in memory of Darrel Lloyd, please visit our flower store.