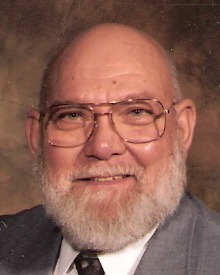 Services with Masonic memorial tribute will be 10 a.m. Friday, November 25, at Butler Volland Chapel in Hastings with Pastor Michelle Loeffelholz officiating. Private family burial will be at Mount Hope Cemetery, Smith County, KS. Visitation will be one hour before the service at the funeral home. Memorials may be given to the family for a memorial to be established at a later date. The service will be live-streamed on Livingston Butler Volland Funeral Home’s website. To view the service, go to Darrel’s obituary and click the play button shown towards the bottom of the page.

Darrel was born April 14, 1940, the 4th child of George and Berniece (Delka) McCartney, at home in Smith County, Kansas. The family was living in the house made of yellow rock at the time. Darrel attended Oriole country school through the 8th grade. He graduated from Red Cloud High School in 1958.

He married his high school sweetheart, Donna Hayes on June 14, 1959. It was a relationship that would last 63 years. Darrel and Donna began their life together in Hardin, Montana where he was working as a telegraph lineman for CB&Q Railroad.

Darrel was active in the Harvard Volunteer Fire Department for 49 years. He was also on the Inland School Board for many years. In the 1980’s Darrel joined the Masonic organizations in Hastings, Nebraska belonging to Masonic Lodge #50, Scottish Rite, Order of the Eastern Star, and Shrine. He was Potentate of Tehama Shrine in 1998.

When the Inland School closed, the Inland Community Foundation was formed to use the old school building as a community center. Darrel and Donna were both officers from the beginning of the organization.

To order memorial trees or send flowers to the family in memory of Darrel Lee McCartney, please visit our flower store.