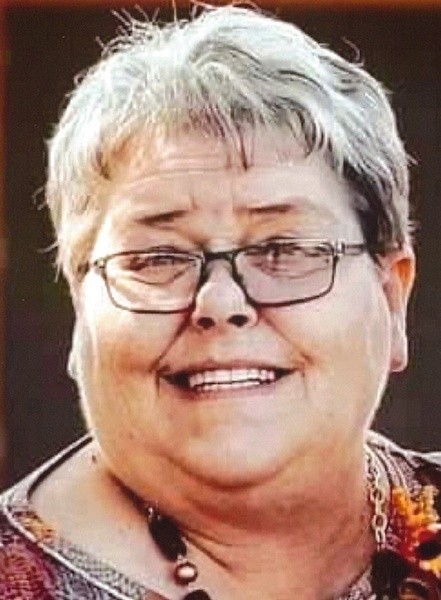 Rosary will be 7 p.m. Monday, November 29, at Butler Volland Chapel in Hastings. Mass of Christian Burial will be 10:30 a.m. Tuesday, November 30, at St. Michael’s Catholic Church in Hastings with Father Jeremy Hazuka officiating. Burial will follow the service at Clay Center Cemetery in Clay Center. Visitation will be 1-7 p.m. Monday with family present 5-7 p.m. at the funeral home and one hour prior to service at the church. Memorials may be given to the family for a memorial to be established at a later date. The service will be live-streamed on Livingston Butler Volland Funeral Home’s website. To view the service you will need to go to Deborah’s obituary and click the play button shown towards the bottom of the page.

Deb was born on August 17, 1964, to Ronald Veik and Ethel ‘Mickie’ (Kramer) Veik in Denver, CO. After graduating from Valley High School in 1982 she went on to the military for a short time before coming back home to Platteville, CO to help raise her younger siblings. In 1987 Deb moved to Clay Center, NE where she met her husband, Daniel “Dan” Furman. Deb and Dan were married one year later on September 3, 1988, in Harvard, NE. Shortly after their wedding, Deb and Dan moved to Juniata, NE for a number of years before moving to Prosser, NE where they grew their family and had two daughters, Kylee and Mikaela. In 1995, Deb, Dan, and their daughters moved back to Hastings, and in 1997 bought their forever home. Deb ran an in-home daycare from this home for over 10 years and later worked for Bristol Station RRC from 2008 until July of 2021.

Deb was a member of St. Michael’s Catholic Church and was a devout Christian. Her love for the Catholic faith was an integral part of her life. Deb enjoyed traveling, golfing, cooking, Husker volleyball, and spending time with her family. Deb was a beloved daughter, sister, wife, mother, and grandmother.

To order memorial trees or send flowers to the family in memory of Deborah "Deb" Furman, please visit our flower store.