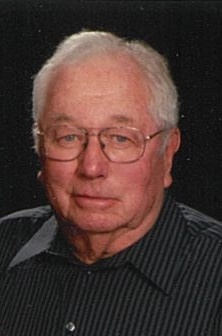 Services will be 10 a.m. Thursday, March 10, at First United Methodist Church in Hastings with Rev. Lance Clay officiating. Burial will be at Greenwood Cemetery in Trumbull. Visitation will be 1-7 p.m. Wednesday with family present 5-7 p.m. at the funeral home; and one hour before the service at the church on Thursday. Memorials may be given to the First United Methodist Church or the Trumbull Community Center. The service will be live-streamed on Livingston Butler Volland Funeral Home’s website. To view the service, go to Dennis’s obituary and click the play button shown towards the bottom of the page. Private condolences may be sent to the family at www.lbvfh.com. Livingston Butler Volland Funeral Home & Cremation Center is serving the family.

Dennis was a kind, genuine, hard working man. He loved his family, his friends, and his life as a farmer.

Dennis was preceded in death by his parents; and father-in-law and mother-in-law, Warren & Doris Rowley.

To order memorial trees or send flowers to the family in memory of Dennis Turner, please visit our flower store.