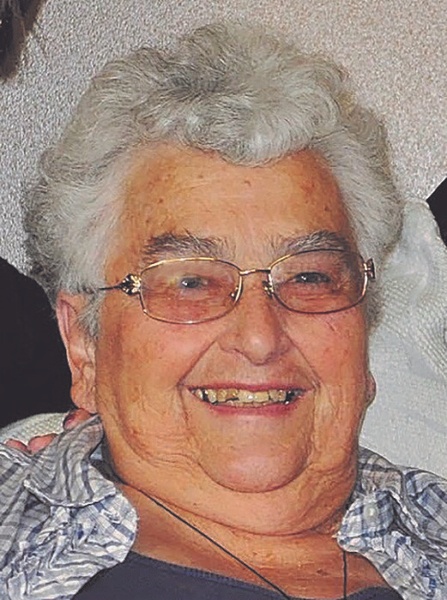 A memorial service is 10 a.m. Thursday, Aug. 6, at Fairfield Presbyterian Church in Fairfield with pastor Joyce Dean officiating. Visitation is 5-8 p.m. Wednesday with family present from 5-6 p.m. at Livingston Butler Volland Funeral Home & Cremation Center in Hastings, Nebraska. In honor of Dixie and her passion for the health and safety of others, the family says that those attending the visitation and funeral must wear a face covering. Since there are material sharing restrictions, the funeral home asks that you bring your own pen for signing the registration book or memorial envelopes. If you do not bring one, one can be provided for you. Memorials may be given to Fairfield Fire & Rescue, the Fairfield Presbyterian Church, or the Sandy Creek Public Schools Foundation.

Dixie was born May 17, 1937, in Minden, Nebraska, to Willie and Lois (Martin) Versaw. They had one son, Keith, and four daughters: Helen, Norma, Dixie and Elaine.

Dixie and her siblings grew up on a farm northwest of Franklin on Center Creek. As a youth, Dixie was a member of Franklin Methodist Church where she was baptized and participated in the church youth group and choir. She also was a 4-H member, raising livestock and doing sewing and cooking projects. She attended District 68 School until it was dissolved. She then attended Franklin Public School, graduating from high school in 1955.

She played volleyball and participated in drama, vocal music, band and orchestra. She also was a member of the pep club.

On June 6, 1981, Dixie married Bob Siemsen at his home in Angus, Nebraska. After their wedding, they resided in Fairfield. Their home was famous for orange popcorn balls as treats every Halloween.

Dixie’s first marriage was to Marland Wolfe on Nov. 23, 1956. They moved to Fairfield in 1957 where they had five children — Terri, Tami, Kevin, Kent and Toni.

After the couple divorced, Dixie worked multiple jobs so she could raise her five kids. In April 1972, she became a bus driver for Sandy Creek Public Schools and also worked in the school’s kitchen. She also worked two summers on a hay crew at the Roman L. Hruska U.S. Meat Animal Research Center near Clay Center, Nebraska. In the late 1970s, she began driving a propane truck for D&F Propane and Burke Energy before going back to full time as a bus driver for Sandy Creek. When a school year ended, she drove a bus and ran a detasseling crew in the summer for Pfizer Genetics. She later drove a bus and ran a detasseling crew for S&J Detasseling of Glenvil, Nebraska, something she did until 2009. She drove a school bus for Sandy Creek until 2018. For some families in the district she drove three generations of children to and from school as well as to their activities.  She was a “mom” to many children.

In Dixie’s spare time when her kids were young, she was a leader for Cub Scouts and Girls Scouts, and helped coach softball. She also served on the committee for Fairfield’s bicentennial and a celebration for the Oregon Trail.

She was a member of the Fairfield Presbyterian Church.  Dixie’s faith was important to her, and it was reflected in how she served others.

In addition to being around kids, Dixie enjoyed gardening, working in the yard, crocheting, reading, dowsing and spending time and playing cards with family and friends.

To order memorial trees or send flowers to the family in memory of Dixie Siemsen, please visit our flower store.