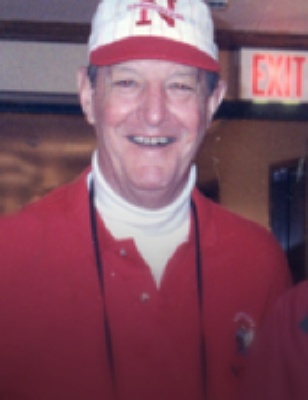 It is with deep sorrow that we announce the death of Donald Gene Kleiber of Sky Valley, GA, born in Hastings, NE, who passed away on May 23, 2021 at the age of 82.

Don was born November 1, 1938 in Hastings to Rueben & Bernice (Erikson) Kleiber.  After graduating from the University of Nebraska, Don served in the U.S. Army from 1961 unto 1977 at which time he went to work with Tom’s Snack Foods, Co. until retiring in March 2004.  He married Helen Neal on April 9, 1977.  They were members of the Rabun Gap Presbyterian Church in Georgia. Don was passionate about many things including golf, Porsches and anything to do with Husker athletics!

A graveside service will be held at 11 a.m. Wednesday, October 13 at Parkview Cemetery in Hastings with Rev. Greg Allen-Pickett officiating.  Visitation with family will be on site after the graveside service. In lieu of flowers, donations may be made to the Rabun Gap Presbyterian Church Building Fund; 8397 Wolffork Rd, Rabun Gap, GA 30568 or a recipient of your choice.

Don is survived by his wife, Helen, of 44 years, his stepson Klaus Baer, his brother Richard Kleiber and wife Pat plus many nieces and nephews.

To order memorial trees or send flowers to the family in memory of Donald Kleiber, please visit our flower store.