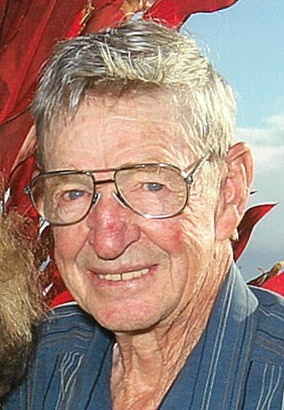 Donald L. Stilley, 86, of Hastings, passed peacefully in the company of family on Wednesday, December 22, 2021, at The Heritage at College View Assisted Living, Hastings, NE.

A private family burial will follow at a later time. There will be no viewing or visitation. Memorials may be given to the National Pediatric Cancer Foundation for leukemia research.

Don was born December 20, 1935, in McAlester, OK. His family moved to Nebraska in 1953, and Don graduated from Harvard High School in 1955. During his younger years, he excelled in track running the 50 and 100-meter races as well as relay teams and even medaling at state track events. Don accepted an athletic scholarship to Doane College in Crete, NE. He received basic training at Keesler Air Force Base in Biloxi, MS, and continued with specialized training in Wisconsin. He then worked on radar systems for the Air Force in Newfoundland.

Don married Gail England on December 23, 1956, at First United Methodist Church and farmed near Harvard for 54 years after his time in the military. He and his father-in-law, Earl, raised cattle, hogs, corn, and soybeans. He also sold seed corn for Funk's G Hybrids and Golden Harvest.

He was an avid, life-long flier and received his Pilot's, Multi-Engine, Instrument Rating, Rotorcraft Helicopter, and Instructors Licenses. He spent many satisfying hours flying his personal Avion plane and helicopter, working with the Civil Air Patrol and organizing, supporting and helping at the Harvard Air Shows. Don piloted the aircraft that acted as the antenna for the Midwest United States communications in the event of a complete Y2K power outage. Don was involved with the Community Development in Harvard and belonged to the Shriners and Masons, even becoming Master Mason at the young age of 30. During his younger years, he had fun snow skiing with his family and boating with his grandchildren more recently. He loved to golf and bowl competitively, as well as, play pool with friends and family. Later in life, he enjoyed attending his grandchildren's musical and sporting events and was named Adams Central Booster of the Year 2018.

To order memorial trees or send flowers to the family in memory of Donald Stilley, please visit our flower store.