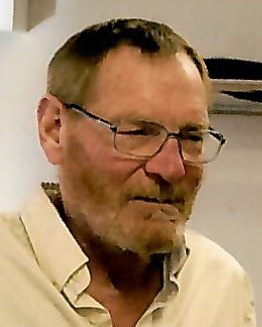 Memorial Services will be 2 p.m. Saturday, December 3, at Butler Volland Chapel in Hastings. There will be no burial at this time. A book signing will be 8 a.m. – 4:30 p.m. Friday, December 2, at the funeral home. The service will be live-streamed on Livingston Butler Volland Funeral Home’s website. To view the service, go to Don’s obituary and click the play button shown towards the bottom of the page.

Don was born April 27, 1954, in Grant, NE to Edward H. and Ruth L. (Moranville) Tjaden. He graduated from Wheatland High School in Madrid, NE, and attended the University of Nebraska-Lincoln. Don worked in the carpentry and construction business and worked at several grocery stores. He enjoyed hunting, fishing, and gardening, and was an artist.

Don was preceded in death by his parents and brother, Lindell.

To order memorial trees or send flowers to the family in memory of Donald Ray "Don" Tjaden, please visit our flower store.