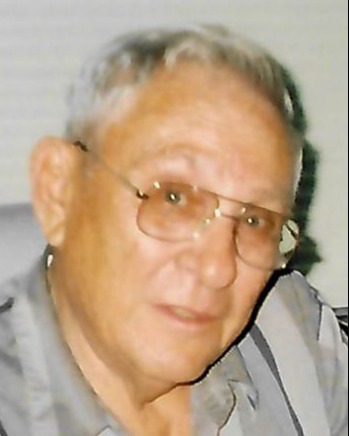 Rosary will be 4 p.m. Sunday, January 22, at Butler Volland Chapel. Memorial Mass will be 10 a.m. Monday, January 23, at St. Joseph Catholic Church in Harvard with Father Denton Morris officiating. Burial with military rites by Fairfield American Legion will be at Fairfield Cemetery in Fairfield. Visitation will be 2-4 p.m. with family present Sunday, January 22, at the funeral home. Memorials may be given to the family for a memorial to be established at a later date. The service will be live-streamed on Livingston Butler Volland Funeral Home’s website. To view the service, go to Don’s obituary and click the play button shown towards the bottom of the page.

Don was born September 7, 1933, at the family farm north of Fairfield in Clay County, NE, to Vit and Mary (Koznarek) Wolfe. He attended Fairfield Elementary and High School and graduated in 1950. After graduation, he attended the Agricultural College at the University of Nebraska-Lincoln for two years. Don joined the U.S. Army in 1952 and was stationed in Fort Hood, TX as a cook. During this time, he met Corinne Fisher whom he married on June 18, 1955, at St. Mary’s Catholic Church in Sutton, NE. After he was discharged he returned to the family farm where he lived and worked until his retirement. Don was a member of the American Legion Post 256 in Fairfield and enjoyed attending events put on by the South Central Nebraska Czech Society in Hastings. In retirement, he enjoyed traveling, tending his orchard, and spending his winters in Yuma, AZ.

To order memorial trees or send flowers to the family in memory of Donald Vit Wolfe, please visit our flower store.

The family will be present.