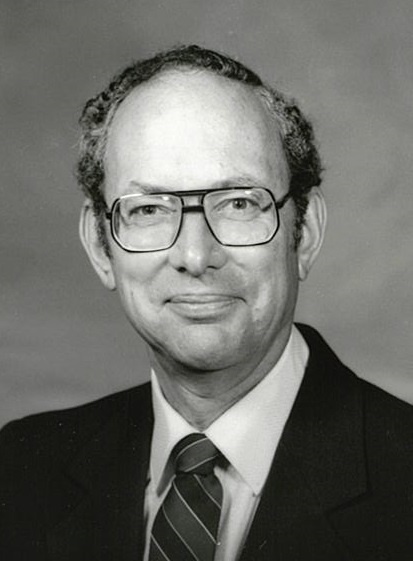 Don was born June 29, 1935, on a farm near Palmer, NE to Oscar & Frances (Ewers)
Reynolds. He attended grade school at District 39 in Pleasant Hill. Don graduated from
St. Paul High School in 1953 and attended the University of Nebraska Ag College
studying ag economics and graduated in 1957. He was a member of the Farmhouse
Fraternity. Don married Jeanne Welsh on July 30, 1965.

Don served in the U.S. Army from 1958 until 1960 and was stationed at Fort Hood, TX,
and Freidberg, Germany. He was called back to service in October 1961 as part of the
Berlin Crisis, serving at Fort Ord, CA until August 1962.

Don was the President of the Hastings Area Chamber of Commerce from 1988-2002. He
was a member of First Presbyterian Church in Hastings where he was a member of the
Board of Deacons and served on the Stewardship Committee. He served on multiple
boards and advisory committees including Grow Nebraska, Grand Island Council for
International Visitors, Goodwill Industries, United Way, and the South Platte Chamber as
Executive Director. Don was also a co-founder of Husker Harvest Days in Grand Island.

Don enjoyed going to local sporting events, business after hours, playing golf, and loved
Husker football. He enjoyed traveling throughout the country, especially New York City
and the entire State of Nebraska with his family.

Don was preceded in death by his parents; sisters, Janette Graunke and Dorothy Prince;
and brother, Rollie Reynolds.

To celebrate Don’s life, please join us for one more “after hours” from 3:30 - 6:00 p.m. Thursday,
June 10th, at Kitty’s Roadhouse in Hastings. In lieu of flowers, memorials may be given
to the family for a memorial to be established at a later date. Private condolences may be
sent to the family at www.lbvfh.com. Livingston Butler Volland Funeral Home &
Cremation Center is serving the family.

To order memorial trees or send flowers to the family in memory of Donald 'Don' Reynolds, please visit our flower store.