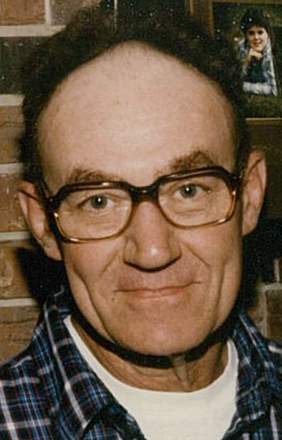 Services are 10:30 a.m. Tuesday, December 18, at All Saints Chapel – Good Samaritan Village in Hastings with Pastor Dale Phillips officiating. The family asks that casual dress be worn if attending the service.  Burial will be held at Parkview Cemetery in Hastings. Memorials may be given to the family for a memorial to be established at a later date. Visitation will be one hour prior to service at All Saints Chapel.

Don was born April 9, 1930, in Fairfield, NE to William & Lula (Thumann) Robinson. At the age of two, the family moved to Sutton. Don quit school in 9 th grade to go to work with his father scooping coal. He later worked for Burlington Northern Railroad after marrying the love of his life, Martha L. Brill on December 10, 1950. They spent a short time in California then moved back to Nebraska. Don worked for Western Land Roller and Spitz Foundry. Don and Lyle Kump spent a considerable amount of time making molds to create cast iron animals. Don retired from Spitz Foundry at age 62.

Don enjoyed hunting and fishing with family. He was a very loving son, brother, husband, and father, always providing well for his family. Don and Martha had an open-door policy, always welcoming friends into their home. They both enjoyed being there for Sherry’s friends, and their house more often than not was filled with laughter. Even in his later years, Don continued relationships with these girls as they grew and had families of their own. He had a special place in his heart for all of Sherry’s friends and co-workers.

To order memorial trees or send flowers to the family in memory of Donald "Don" Robinson, please visit our flower store.