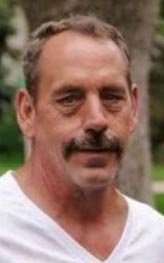 Memorial Service is 11 a.m. Thursday, November 7, at Lakeside Community Church of the Nazarene in Hastings with Rev. Dr. Barry Kennard officiating. Per Don’s request for those attending the service please wear a Husker shirt in his honor. Private family burial will be held at a later date. Visitation is 9 a.m. – 8 p.m. Wednesday at the funeral home with the family present 5-7 p.m., and one hour prior to service at the church. Memorials may be given to the family for a memorial to be established at a later date.

From a young age, Don loved tagging along with his father helping out with his Masonry business.  Later in life, he began his truck driving career. He felt a sense of security and pride in putting in a days work. In Dons free time he enjoyed spending time with his kids and grandkids, gardening, and most of all Husker football. Don had big heart and cherished all of his family.

Don was preceded in death by his parents and sister, Becky Johnston.

To order memorial trees or send flowers to the family in memory of Donald "Don" Zeckser, Jr., please visit our flower store.