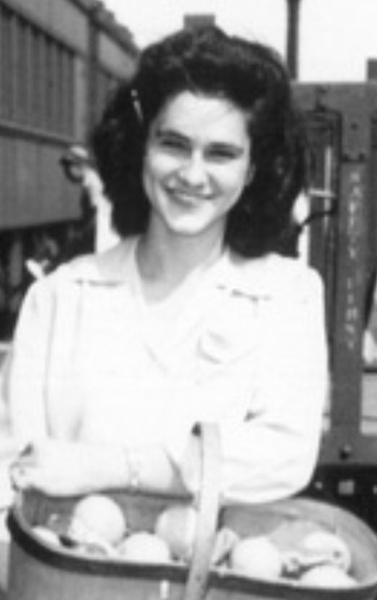 Hastings resident Dorothy R. (Loncar) VanBuskirk, 95, passed from this life on Saturday, April 17, 2021, at her home, The Kensington, Hastings, NE.

Private family memorial service will be held at First Presbyterian Church Chapel in Hastings, with Rev. Greg Allen-Pickett officiating. Private family inurnment will be at Parkview Cemetery in Hastings at a later date. Book signing will be 9 a.m. – 5 p.m. Tuesday at the funeral home.  Memorials may be given to the Hastings Community Foundation where they will be distributed to organizations important to Dorothy.  Livingston Butler-Volland Funeral Home is in charge of arrangements. For the health and safety of others face masks are required for those attending the funeral, your cooperation is appreciated. Since there are material sharing restrictions, we ask that you bring your own pen for signing the registration book or memorial envelopes. If you do not bring one, we can do that for you.

Dorothy, “BABA” as she was lovingly called and meaning “Grandmother” in Serbian, was born on March 15, 1926, in Sidney, NE to Mike & Rose (Novak) Loncar, Yugoslavian immigrants.  She graduated from North Platte Senior High School in 1946. As a teenager, she proudly served alongside her mother, Rose Loncar, and sisters, Pat (Burns) & Rosetta (Farley) in welcoming the countless troop trains filled with U.S. Servicemen at the North Platte Canteen during World War II.  She spoke of her Canteen experiences with great pride to numerous groups and organizations throughout her lifetime and a highlight was flying to New York City to be interviewed on ABC Good Morning America alongside a service member who passed through the Canteen.

On August 31, 1946, Dorothy married Robert L. VanBuskirk of North Platte, NE in Sioux City. Robert was soon transferred to the Airway Traffic Control Center in St. Louis, MO to continue his work as a federal air traffic controller.  Daughter, Pamela was born in St. Louis on August 15, 1947. Upon returning to North Platte, Dorothy again worked for Sweetbriar Shop, a women’s clothing and accessory shop, where she had begun working when she was a Junior in High School.  In March of 1950, she became the store manager, and her business acumen and work ethic were highly regarded by management.  The company newsletter stated that Mrs. Dorothy VanBuskirk was “loyal, ambitious and energetic” and due to her “efficient management”, her store earned the title of, “The Store Of The Month” in June 1956.

In March 1962, Dorothy & Robert purchased Rhoads Exclusive Women’s Wear, a well-recognized clothing boutique in North Platte that Dorothy operated until her retirement in the early 1980s.  The VanBuskirk Building that housed the business stands in downtown North Platte today.  Dorothy had a gift for selling her high-end and exclusive women’s wear and accessories to ladies near and far.  Many of her clients were Nebraska Sandhills ranch wives, with some of them traveling to North Platte by airplane to be picked up by Dorothy and driven to her store where she would dress them in items they never imagined wearing.  She developed a loyal following, many of whom she would purchase exclusively for at the Dallas and New York markets annually.  Her exquisite gift wrapping papers and bows, along with her distinguished style of wrapping, were a signature of her store, and countless husbands were threatened should one of her special packages not be under the Christmas Tree!

Dorothy was an accomplished quilter and needlepoint artist, and would often gift her handmade items to fortunate friends and family.  She would happily provide sewing repair on all types of clothing items for her grandson Justin, who was a cherished highlight of her life.  She also loved caring for her daughter Pamela’s cats and spending time doing puzzles with fellow Kensington residents and her great-grandchildren.  Dorothy was known to always have Old Westerns or Husker Sports playing on her TV.

Dorothy was loved by many and her wonderful warm personality and smile brought joy and love to those in her presence.  She was most fortunate to have spent her final years at The Kensington, where the wonderful staff and residents became her extended family. The Kensington staff displayed compassionate and loving care to her and the family is forever grateful to each of them.  The family also thanks Tabitha Hospice for their dedicated care to Dorothy.

To order memorial trees or send flowers to the family in memory of Dorothy VanBuskirk, please visit our flower store.