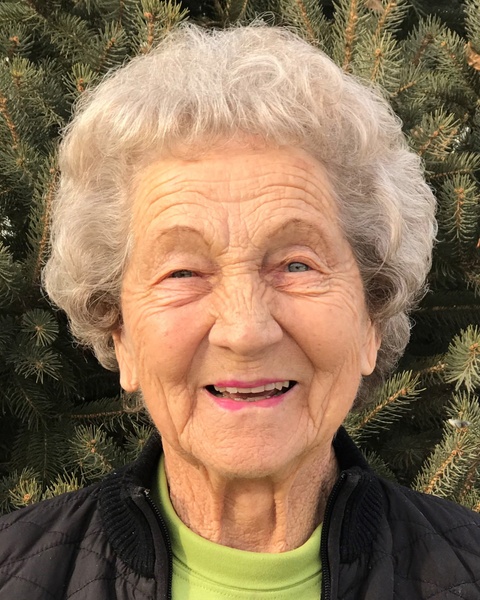 Services will be 2:30 p.m. Tuesday, September 27, 2022, at Trumbull United Methodist Church with Pastor Kelly Karges officiating. Burial will be at Greenwood Cemetery, Trumbull, NE. Visitation will be 1-7 p.m. with family present 5-7 p.m. Monday, September 26, at the funeral home, and one hour before the service at the church. Memorials may be given to Trumbull Community Center. The service will be live-streamed on Livingston Butler Volland Funeral Home’s website. To view the service, go to Dorothy’s obituary and click the play button shown towards the bottom of the page.

Dorothy was born August 25, 1929, in Arapahoe, NE to Tobias and Elsie (Hinez) DeVries. She graduated from Arapahoe High School in 1947 and graduated from Mary Lanning as a Registered Nurse in 1951. Dorothy married Harry D. Wilson on May 1, 1954, in Trumbull; he preceded her in death on August 1, 2014.

Together Harry and Dorothy attended many sporting events for their children, grandchildren, and great-grandchildren.

Dorothy enjoyed family, gardening, organizing church luncheons, sewing, cooking, and canning all of her life. She helped organize the Sun Set Social at the church for many years as well as being a 4-H leader. She was a member of the Trumbull United Methodist Church and Women’s Society.

Many Nieces, Nephews, Great-Nieces, and Great-Nephews

To order memorial trees or send flowers to the family in memory of Dorothy C. Wilson, please visit our flower store.