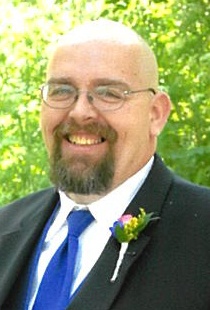 Memorial Services will be 10:30 a.m. Saturday, January 8, at Butler Volland Chapel in Hastings with Carla Gunn officiating. Visitation with family present will be 9-10 a.m. Saturday at the funeral home. Book signing will be 1-4 p.m. Friday at the funeral home. In lieu of flowers, memorials may be given to Guardian Angels Services – Doug Oeltjen Memorial Fund, PO Box 260, Kenesaw, NE 68956. A luncheon will be held at Lifehouse Church following the service. The service will be live-streamed on Livingston Butler Volland Funeral Home’s website. To view the service you will need to go to Doug’s obituary and click the play button shown towards the bottom of the page.

Doug was born June 20, 1961, in Hastings, NE to Gary & Patricia (Rodenbeck) Oeltjen. He graduated from Sandy Creek High School in 1979 and studied aircraft maintenance and later earned a degree in large equipment operation. Doug married Christina Boeding in June 1997 in Hastings, to this union two daughters were born; they later divorced. Also left behind to grieve are his fiancée Charlene Thompson and two sons.

Doug was proud of his work at Protex Central. He enjoyed hunting, fishing, motorcycles, coaching Sandy Creek Red Raiders football, teaching Hunter Safety, talking to anyone about anything, cooking, being involved with Four Rivers Sportsman, and he never knew a stranger.

Doug was preceded in death by his mother.

To order memorial trees or send flowers to the family in memory of Doug Oeltjen, please visit our flower store.