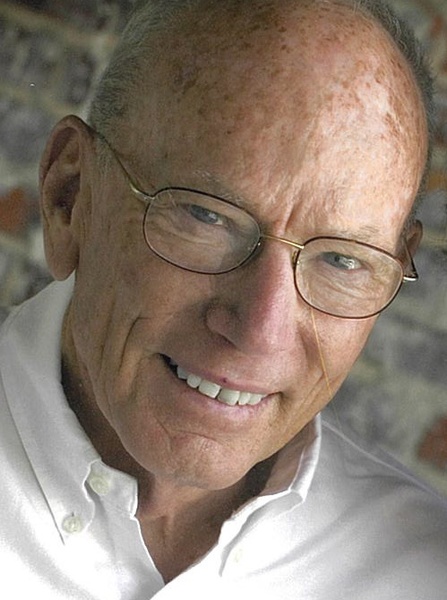 Graveside services will be 1 p.m. Friday, June 25, at Hillside Cemetery in North Loup, NE along Highway 22, with Thad A. Hegwood officiating. There will be a luncheon to follow the graveside service in Ord. In lieu of flowers, memorials may be given to the University of Nebraska Medical Center College of Dentistry ( https://nufoundation.org/give/university-of-nebraska-medical-center/college-of-dentistry/ ) or Central Valley Public Schools (contact Amy Malander, Superintendent, 308-428-3145).

Richard was born in North Loop Valley, NE to Arthur and Ruth Hutchins on August 2, 1929. He graduated from North Loup High School in 1947. Richard was an accomplished high school athlete in track, basketball, and football. While in high school, he and his cousin, Donald Hutchins, drove from North Loup to Hastings where his uncle, Merrill Anderson, was a flight instructor.

Richard graduated from the University of Nebraska in 1952 with a degree in Agriculture.  While attending Nebraska, he participated in ROTC. After graduation, Richard served in the United States Air Force from 1953 to 1956. While in the Air Force, he learned how to fly jets and continued to enjoy flying throughout his life.

After completing his service, he attended the University of Nebraska College of Dentistry. While in dental school, he joined the Nebraska Air National Guard, serving for three years. He graduated from dental school in 1960. His brother, Dale, was ahead of him in dental school. Richard always said how much Dale helped him.

In 1975, he bought farmland in Valley County, NE; near his boyhood home. He enjoyed working on the land, spraying weeds, building fences, and cutting trees for firewood.

In 1995, Richard married Karlay Dufford Hegwood. They enjoyed golfing together and taking airplane trips around the United States to dental meetings. Richard flew thirteen times in formation with 100 Bonanza aircraft to the yearly EAA Spirit of Aviation Convention in Oshkosh, WI.

To order memorial trees or send flowers to the family in memory of Dr. Richard "Dick" Hutchins, please visit our flower store.