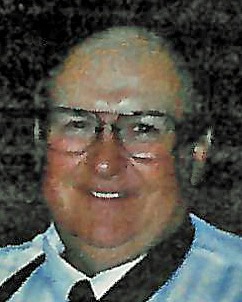 Services will be 10 a.m. Monday, October 24, at Faith Lutheran Church in Hastings with Pastor Josh Davis officiating. Burial with military rites will be 2 p.m. Monday, October 24, at Arapahoe Cemetery in Arapahoe. Visitation will be 1-6 p.m. with family present 3-5 p.m. Sunday at the funeral home, and one hour before the service at the church. Memorials may be given to the family for a memorial to be established at a later date. The service will be live-streamed on Livingston Butler Volland Funeral Home’s website. To view the service, go to Royal’s obituary and click the play button shown towards the bottom of the page.

Royal was born at home in rural Beaver City, NE, on August 5, 1937, to Alvin and Gracie (Michels) Miller. Royal graduated from Arapahoe High School in 1956. After graduation, he joined the Marine Corps and served until 1959. He served on aircraft carriers in the Mediterranean Sea, with tours to the Panama Canal, Puerto Rico duty station at Cherry Point North Carolina Marine Corp Base. After serving his country he worked for Douglas Aircraft in Long Beach, CA, before returning to his home in Arapahoe where he started working for his dad in the well repair and windmill business.  He worked for the Co-op, Lammel Plumbing, City of Arapahoe, and finally worked for Burlington Northern railroad for 23 years, as a large equipment operator in BMWE.

During his years in Arapahoe, he was a man of service, as a member of Isaac Walton’s, Arapahoe Theater Board where he served for 25 years and was President for 20 years.  He ran the down’s mark on the sidelines for the football team for 32 years, little league baseball coach, volunteer fireman, drove the school bus, part-time town policeman, and served on the Arapahoe City Council for six years. He became an active part of the Walk to Emmaus and teenage Chrysalis weekends and ministries for 20 years.

Royal loved to garden and canning and was an excellent wood carver and sculptured many items for the ministries he was a part of. He enjoyed fall deer camps with his sons.

He is survived by his wife Kae (Hinrichs, Fitzke) Miller. They put their two families together and have supported each other through their 37 years together, being thankful for all their blessings of family together. Royal had eight children with his first wife, Jackie (Haag) Miller, Alan (Tina), Linda DiNieri, Tracy (Mike) Zern, Mike (Ann), Mark (Kerrey), David (Jocelyn), Ronny; four step-children, Rhonda (Kirk) Eggleston, Debbra Weber, Brian (Kay) Fitzke, Brad (Monica) Fitzke; 26 grandchildren; 28 great-grandchildren; 10 step-grandchildren; 12 step-great-grandchildren; sister, Karen Highland; step-sisters, Marjorie Crawford and Mary Crawford; and many many nieces and nephews.

To order memorial trees or send flowers to the family in memory of E. Royal Miller, please visit our flower store.