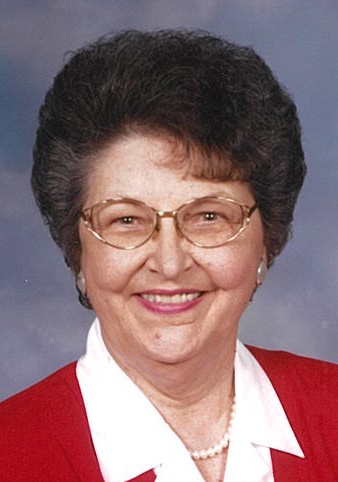 Services will be 2 p.m. Tuesday, June 29, at First St. Paul’s Lutheran Church in Hastings with Pastor Joel Remmers officiating. Burial will be at Parkview Cemetery in Hastings. Visitation will be 4-7 p.m. Monday at the funeral home and one hour prior to service at the church. Memorials may be given to First St. Paul’s Lutheran Church, All Saints Chapel-Good Samaritan Village, Meals on Wheels, or charity of your choice.

Marie was born January 16, 1924, in Kirwin, KS to Luther & Edith (Sickman) Boyer. She grew up on a farm near Kirwin, KS, and subsequently moved to Phillipsburg, KS, where she married Carroll J. Kilmer in Kirwin in 1944, and to this union a son was born, Allen James Kilmer. At the time of their marriage, Carroll was in the service in World War II and was on leave from Normandy. After the war, they moved to Alma, NE where Marie and her husband managed the Harlan Hotel and the Arrow Lodge. While in Alma, Marie also worked for Harlan County Bank for three years. In 1956, she moved to Hastings, NE, and worked for City National Bank & Trust for 35 years. She retired as Vice-President in 1991. After retirement, she worked for Oakeson, Steiner & Lynstead part-time for another five years. After the death of her husband in 1998, she moved to Good Samaritan Village, where she met Reverend Connie J. Buehler. They were married in 2000 and he passed away in 2011.

As a member of First St. Paul’s Lutheran Church, she served as treasurer for 18 years. She also served on the foundation board, finance committee, and as a Stephen Minister. Marie was very active in her community, with memberships in the League of Women Voters, Eastern Star, PEO Chapter DA, Shrine Auxiliary, Community Concerts, National Association of Bank Women, and Business and Professional Women. She was Director of the Chamber of Commerce, past President of Golden K Kiwanis, past Treasurer and President of Sunnyside, Inc., President of RSVP Meals on Wheels, as well as past Chairman of Hoeger Library. Her awards were the Ak Sar Ben Good Neighbor Award and Jaycees Boss of the Year.

Marie was preceded in death by her parents; husbands, Carroll J. Kilmer and Connie J. Buehler; and half-brother, Martin Boyer.

To order memorial trees or send flowers to the family in memory of Elfreida "Marie" Kilmer-Buehler, please visit our flower store.