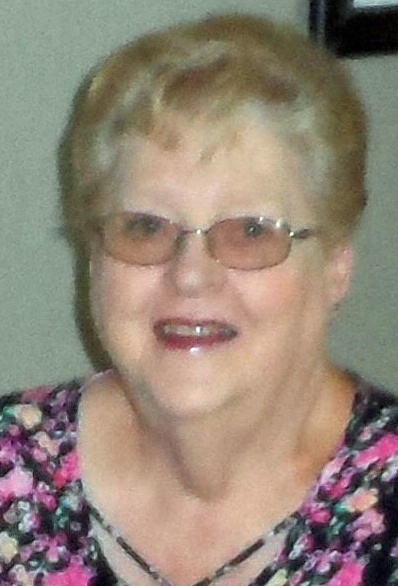 Hastings resident Ellen Louise Porterfield, 80, passed away peacefully on Wednesday, March 30, 2022, at Bryan Medical Center East, Lincoln, NE after complications incurred from open-heart surgery. She was surrounded by her family at the time of her passing.

Memorial Services will be 1:30 p.m. Friday, April 8, at All Saints Chapel – Good Samaritan Village in Hastings with Rev. Tamara Holtz officiating. A private family burial will be held at a later date at Kenesaw Cemetery in Kenesaw. A book signing will be 1-4 p.m. Thursday, April 7, at the funeral home and one hour before the service at All Saints Chapel. Memorials may be given to the family for a memorial to be established at a later date. The service will be live-streamed on Livingston Butler Volland Funeral Home’s website. To view the service, go to Ellen’s obituary and click the play button shown towards the bottom of the page.

Ellen was born on August 19, 1941, at home on her family’s farm in Smith County, KS. She was the fourth born child of Frank and Bertha Jackson.

Ellen’s childhood days were spent growing up on a dairy farm. She attended school through the 8th grade at Pleasant Hill Smith County School. Due to down economic times, her family was unable to send her to high school. Later in her adult life, she completed classes at a community college. She was the first person in her family to receive a high school diploma. She moved off the farm to Smith Center, KS where she worked as a waitress and in a cheese processing factory. In April of 1961 at the age of 18, she married William Dassinger. They were married for 22 years and had two children. They divorced in 1983. Ellen remarried to James (Jerry) Porterfield on December 31, 1988. Jerry passed away in February of 1999.

Ellen spent the majority of her married life residing in Kenesaw where she was a business owner for numerous years and after retiring from her position as a food service manager at the Hastings Regional Center she relocated to Hastings.

Her family and friends were the center of her life and brought her tremendous joy. She was a constant cheerleader and supporter of all of her grandchildren’s activities and events. Ellen was an extremely skilled quilter and many of her quilts received honors at the State Fair competition. She had a large circle of friends that gathered for coffee, shuffleboard, and playing pitch. She loved traveling, gardening, and cooking, especially for family gatherings. Ellen had a wide range of passions and interests but her biggest joy came from the time shared with family and friends.

To order memorial trees or send flowers to the family in memory of Ellen Porterfield, please visit our flower store.