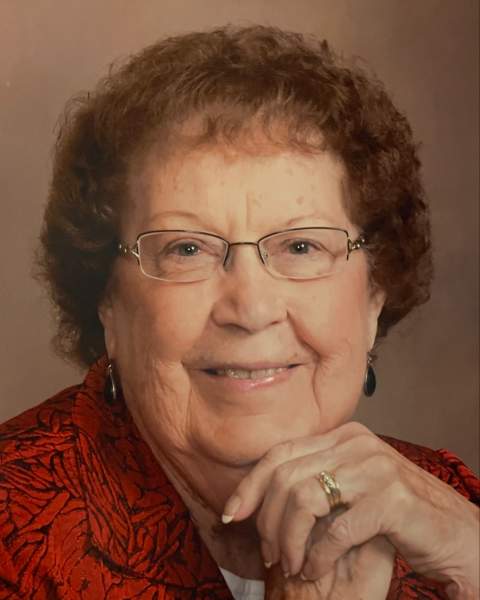 Erma Amanda Parks, 91, of Hastings, NE passed peacefully on September 10, 2022, at Mary Lanning Healthcare. She was born November 11, 1930, to Arthur and Mabel (Pfeifer) Uhrmacher on the family farm southwest of Hastings and was the fifth child in a family of nine children.

Erma married Wilbur (Bud) Parks on April 9, 1950, at Immanuel Lutheran Church and was blessed with 58 years of marriage. To this union, three sons were born: Duane, Rodney, and Bryan along with five grandchildren, eight great-grandchildren, two great, great-grandchildren, and one foster great-granddaughter. Erma also enjoyed long-lasting relationships with her daughters-in-law, Karen and Laura, and only remaining sibling, Lucy Watts.

Erma graduated from Hastings High School in 1948. She was employed over the years at Woolworths, Mode O’Day, Montgomery Wards, and Dutton Lainson. She later spent eight years watching eight children at her home daycare. Finally, she became a seamstress at Mary Lanning Hospital where she retired at the ripe old age of 80 after working there for 27 years.

Her joy in life came from working with crafts, gardening, spending time with grandchildren, and camping in their motorhome. She especially enjoyed the years of camp hosting at Lake Caballo in New Mexico. She and Bud frequently traveled to see their family in Arizona and Indiana.

She was preceded in death by her beloved husband, Bud; son, Duane; six sisters; and two brothers.

Visitation will be on Friday, September 16, from 5-7 p.m. at Livingston Butler Volland Funeral Home. Funeral services will also be held on Saturday, September 17, at 10 a.m. at Butler Volland Chapel with Ministers Todd Grove and Josh Barrett officiating. Burial will follow at Parkview Cemetery. Memorials to be given to First Saint Paul’s Lutheran Church in Hastings, NE.

To order memorial trees or send flowers to the family in memory of Erma Amanda Parks, please visit our flower store.